A robotic arm from the Delft University of Technology has won a bot competition organized by Amazon. The Dutch machine beat two teams from Japan and five from the US, countries better known for their robotics search.

Amazon organized the Amazon Picking Challenge in conjunction with Robocup 2016 in Leipzig, Germany. It held two competitions, the pick task and the stow task. The first is about selecting products from a container, picking them up and putting them on a shelf, while the latter is just doing these actions in reverse.

In the stow task, the Delft team made only one mistake: it tried to pick up a small pack of glue, but it also picked up a brush. In the pick task, it scored the same amount of points as the Japanese team PFN, but Delft took 30 seconds less to make its first pick. 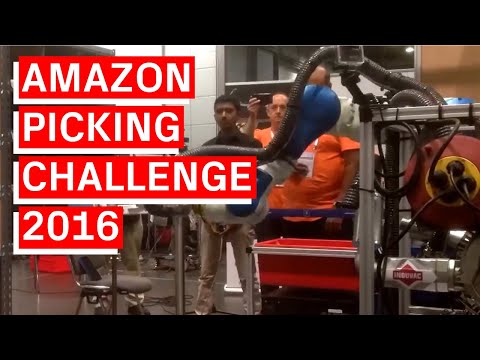 Amazon already uses robots to move goods in its warehouse, but the ecommerce company still relies on humans to stock its shelves. And that may be about to change. This would be great for Amazon as it can probably work way more efficient this way and in the end it will cost them less. But for its employees it would be a disaster. A study by Oxford University and Deloitte has shown that about one in three existing jobs in the UK could be done by machines within two decades, BBC writes.