Ecommerce in France has grown during the second quarter of this year. Online sales increased by 12.95 percent, compared to the same period last year. The number of online purchases has also increased during this period: it grew 18.12 percent year-on-year.

These statistics come from the ecommerce index of Journal du Net. The increase of online sales in France during the second quarter (12.95 percent) was slightly higher than it was during the first quarter, when the French ecommerce revenue increased by 12.83 percent.

The payment platforms that share their data with JDN recorded 181 billion million online credit card transactions between April and June this year, while last year 153 million transactions were recorded during this period. 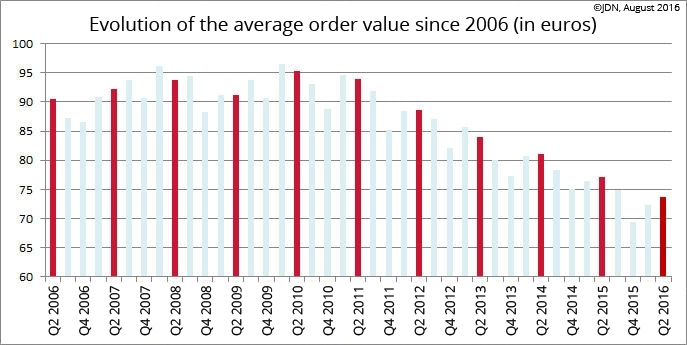