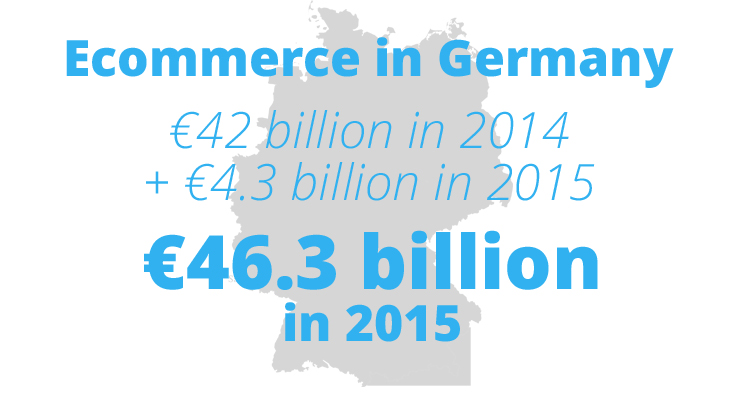 The Institut für Handelsforschung in Cologne (IFH) published a press release, based on its latest ecommerce report. It says how last year, the online retail industry in Germany was able to set a new record with a turnover being worth around 42 billion euros. Now, the ecommerce industry is expected to further increase by about 4.3 billion euros. This would bring the ecommerce industry in Germany to reach 46.3 billion euros by the end of this year. “But while the overall market growth is still showing double digits and the German B2C ecommerce market has grown by about 11 percent from 2013 to 2014, in some areas the first signs of saturation are there”, the retail institute comments.

Fashion still the biggest, but growth slows down
IFH looked at individual product categories and it appears that online sales in the Fashion & Accessories category grew significantly below average last year. “During 2013, growth of nearly 15 percent was recorded, but it grew only by 6.7 percent last year. Despite the renewed increase in sales, the first signs of saturation can be been”, IFH says.

The situation is quite different in the Fast Moving Consumer Goods category. With an increase of 22 percent it was the absolute winner in terms of growth last year. Other latecomers also showed above-average growth: Jewelry & Watches increased by 18.2 percent, while DIY & Garden increased by 16 percent.

More product categories are catching on online
“Ecommerce has established itself in Germany on a broad basis”, says Kai Hudetz, the managing director of IFH Cologne. “Even product groups that were hardly effected by the digitization of the commercial world in recent years, catch on quickly online.” 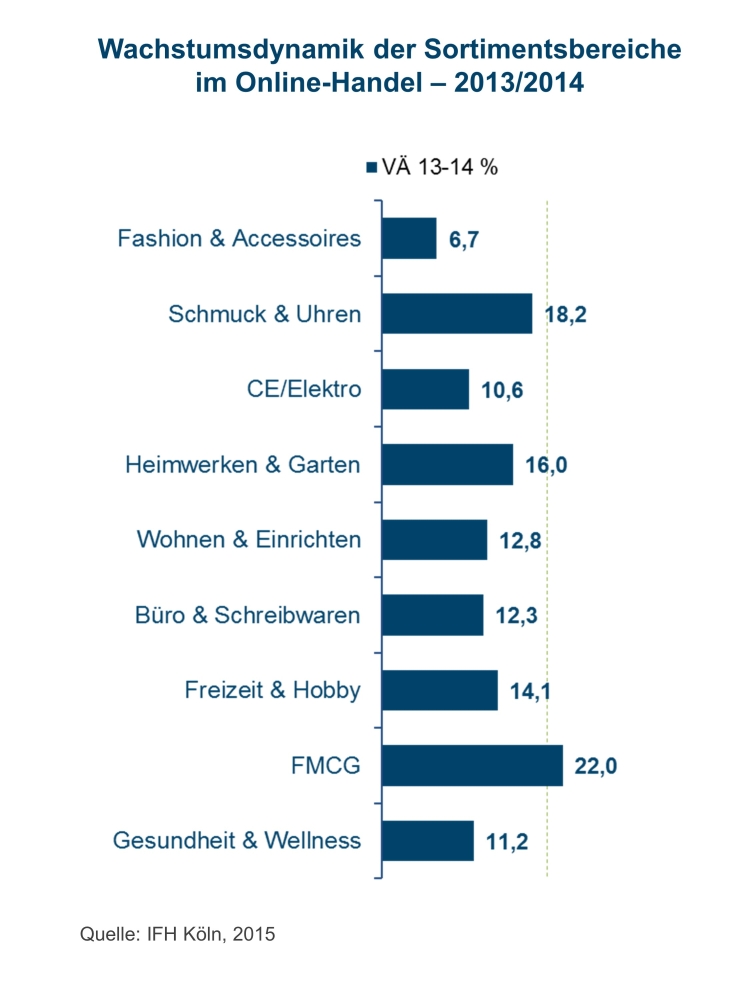