With the increase of 24.8% the ecommerce industry in Spain continues to grow. During the fourth quarter of last year, online sales even increased by 25.8%, reaching 4.3 billion euros. It’s the La Comisión Nacional de los Mercados y la Competencia (CNMC) that published these statistics. This is a new authority in charge of both competition and regulatory matters in Spain. 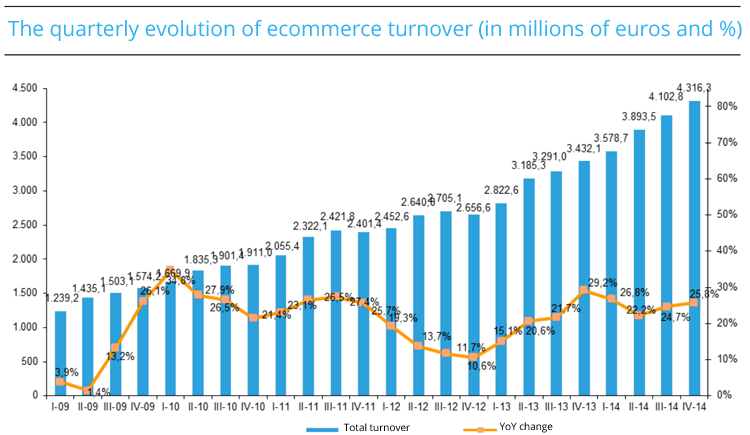 The sector that had the highest revenue was that of travel agents and tour operators, with 13.2% of the total ecommerce turnover. Air transport accounted for 7.7% of the Spanish ecommerce turnover, while clothing represents 5.7%.

CNMC also looked at how the ecommerce revenue in Spain was divided geographically. It seems that in the fourth quarter of last year 56.4% of total online sales happened at websites that are located in Spain, while the remaining 43.7% was for purchases that originated in Spain but were made at ecommerce websites abroad. In terms of transactions, data shows that 44.1% of all online purchases were recorded at Spanish websites, while 55.9% happened at foreign ecommerce sites. 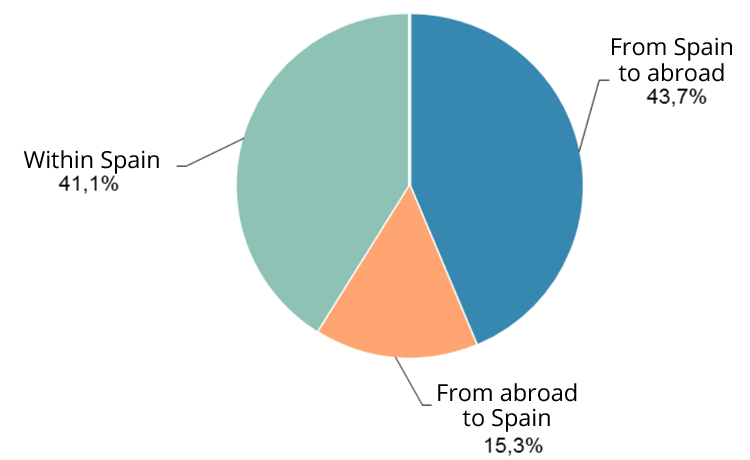