The ecommerce growth rate in Russia has decreased significantly in 2015, although the number of online shoppers is growing steadily. In 2014, the B2C ecommerce industry in Russia increased by 31 percent, but the growth rate was just 6.6 percent in 2015.

According to the Ecommerce Foundation, which released its latest report on ecommerce in Russia, this is mainly caused by the Russian economy that faced a hard time last year. That’s also why Russians spent online on average less last year than they did in 2014. Back then, the average amount spent online was 741 euros, but this number decreased to 685 euros in 2015. Still, Russians prefer to pay online with their debit cards (about 40 percent), which is almost seven times more than using their credit card. 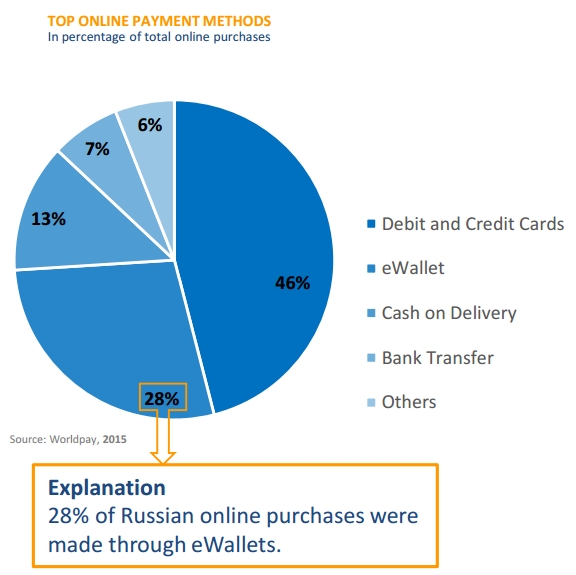 The most popular product group in Russian ecommerce is still clothing, followed by IT, shoes & Lifestyle, media & entertainment and telecom. With regards to online services, travel is by far the most popular online service group in Russia. Flight tickets and hotels have the biggest market share, followed by package travel & private transport, insurances and event tickets.

Mcommerce in Russia is worth about 2.79 billion euros and the number fo smartphone and tablet users in Russia is growing steadily. In 2014, about 17 percent of Russians who are 16 years and older used the internet on their smartphone, while this share increased to 37 percent last year. Internet use via tablet also increased significantly, from 8.4 percent in 2014, to 19.2 percent last year.

Russian online shoppers are increasingly buying cross-border, the report shows. China is a popular destination for cross-border shoppers. “Many products are cheaper when bought abroad than on the domestic market. Most Western European countries lost their competitiveness as the ruble lost half of its value in 2014-2015”, Ecommerce Foundation writes. “Another reason to buy abroad is that many products are simply not available, or at least hard to find, on the domestic market. The delivery of products from China is relatively fast; in a couple of weeks on average versus up to several months in the past. The trust of Russian consumers in Chinese ecommerce sites is also growing.” 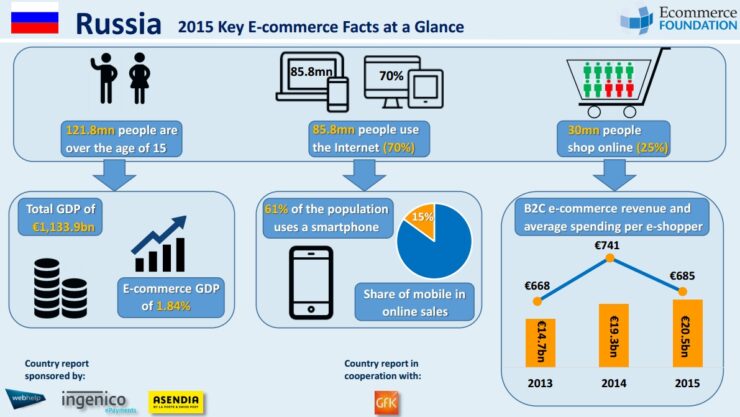