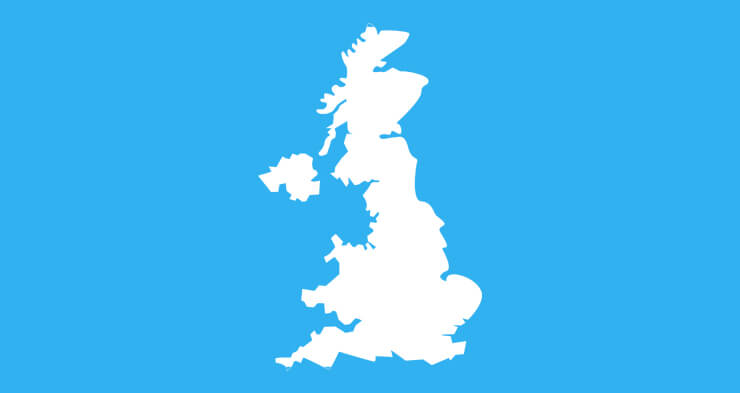 Ecommerce in the United Kingdom grew 17.8 percent last year, and was worth 174 billion euros. The growth rate is the same as in 2013, while in the last two years the growth rate was much lower. Last year, 82 percent of internet users in the UK shopped online.

This is shown by the United Kingdom B2C Ecommerce report from the Ecommerce Foundation. While the total number of online shoppers in the United Kingdom increased to over 57 million, the total online sales of goods and services in this European country grew 17.8 percent and is now worth 174 billion euros. That’s a nice growth, after the industry increased by ‘just’ 14.6 and 10.9 percent in respectively 2014 and 2015. For 2017, the Ecommerce Foundation and IMRG forecast a growth of 13.4 percent. This mean, ecommerce in the UK will be worth 197 billion euros at the end of this year.

In the report, we also see the online sales growth by sector. And it shows that department stores experienced almost 20 percent growth in online sales, more than food (14.1 percent) or household good stores (11.8 percent).

Almost half of respondents said they always of very frequently purchased books online. And 57 percent of consumers in the UK are willing to buy books exclusively online. Electronics, household equipment and fashion are also product categories that are often purchased online. About one in four respondents (22 percent) said they always or very often purchase food online.

The study not only looked at the consumer’s perspective, but also found out some interesting data about businesses. For example, 15 percent of enterprises (larger than 10 FTE) have made B2C ecommerce sales in 2016. That’s the same share as in 2015.