Less than 10k revenue for half of Dutch online stores

February 5, 2014 by Ecommerce News. About Statistics with tags The Netherlands. 2447 views.

Although the majority of Dutch web merchants think their online store will be still active in 2020, but practice proves otherwise. Almost half of Dutch online entrepreneurs have had a revenue smaller than 10,000 euros in 2012. About 80% have never even earned an average income with their online store. 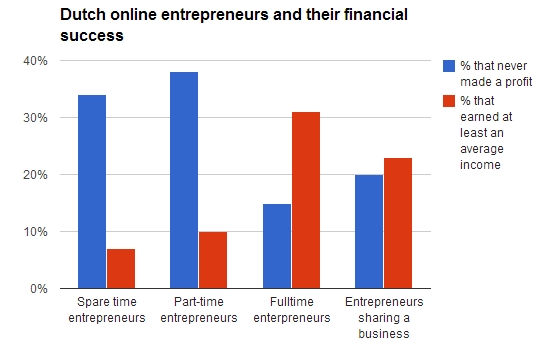 “Furthermore, many entrepreneurs invest little money and time into their online stores, so you might say a large number of online store owners doesn’t have any ambitions to gain some serious income out of a store. If you want to do that, you have to work on it fulltime and you should invest some serious money”, Weltevreden says.