Russian consumer electronics chain M.video wants to grab more market share and in order to achieve this the retailer plans to bring its prices into line with rivals like Ulmart. “Only the price factor can still potentially limit shopping with us, so we will take this issue off the table,” says M.video’s CEO Alexander Tynkovan.

Online sales of M.video grew by 115% last year to reach 196 million euros. This is partly because it expanded its online offering to more regions as well as opening several physical stores. But it’s not enough. It also wants to lure shoppers away from online competitors. By matching its prices with those of online rivals like Ulmart, Media Markt and Eldorado, M.video wants to gain more market share. 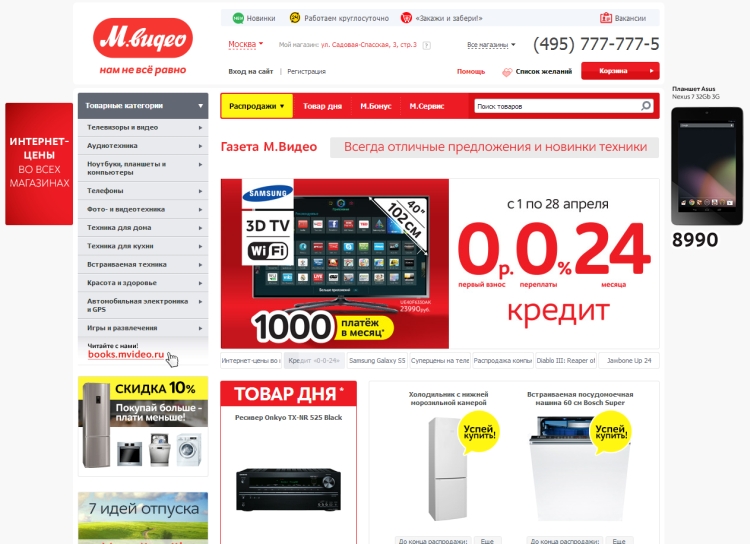 Impact of Ukraine crisis on Russian ecommerce
These last couple of years, the ecommerce industry in Russia is growing, as more and more people have access to the internet. Three years ago, Russia even became Europe’s biggest market by number of internet users. But looking at the more recent situation, the impact of the Ukraine crisis will also have its influence on the ecommerce industry. Tynkovan tells Yahoo! the political situation may have a negative impact on the economy. “And we are in a consumer market, so we are dependent.” He adds: “If the economy starts cooling down, disposable incomes will decline, consumer sentiment will worsen and it will clearly impact the market. This year, if it’s flat, it will be good.”

It’s not completely new what M.video’s plans to offer; it already matched competitor’s prices, but only if a customer requested it. Now it wants to track and match prices of rivals automatically. It won’t be happening in a heartbeat, the move is expected to be completed over the next two years. But it’s already backed by suppliers, who will adjust their prices to meet M.video’s target gross margin.

M.video was founded in 1993 and today it has a 13 percent share of the Russian home electronics market. Revenue grew 11% last year to 3.54 billion euros, with the share of online sales rising to 7% from 4.4% two years ago. Among online shoppers in Russia, consumer electronics is the most popular category, accounting for 42% of the €12 billion ecommerce market last year.