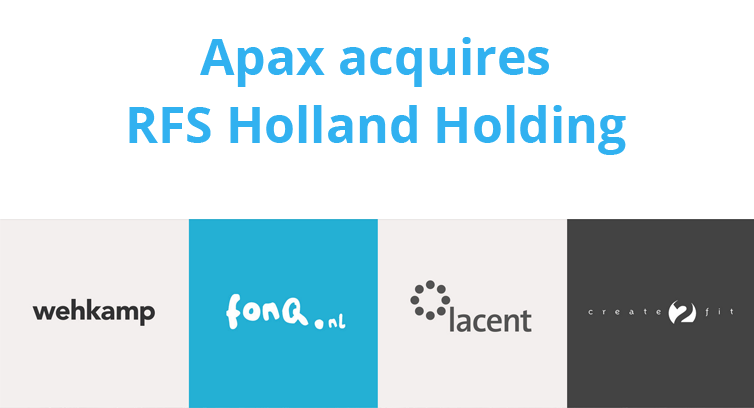 July 3, 2015 by Ecommerce News. About Acquisition with tags The Netherlands. 7239 views.

Anonymous sources have told Dutch newspaper Het Financieele Dagblad about the acquisition. According to the sources, Apax and the current shareholders of RFS Holland are close to an agreement. The deal would especially be lucrative for three men. Ad Scheepbouwer (former CEO of Dutch telecommunications company KPN), Paul Nijhof (former CEO of the company) and Berend van der Maat (former CFO Wehkamp) took over RFS Holland Holding in 2008 and now own 80% of the company. The European private equity firm IK-Investment Partners also owns a share.

Investing in logistics center
Previously, there were some attempts to sell RFS, but none of them got really serious. In March 2012, the company decided to continue on their own. And in 2013 it invested 100 million euros to build what they called the world’s biggest ecommerce logistics center.

For years, Wehkamp.nl was a pioneer in the Dutch ecommerce sphere. Already in 1994 the mail order company introduced 24-hours delivery and in 1995 it started its own auction website. In 1999 all of Wehkamp’s products were for sale online.

Lagging growth for Wehkamp
But partly due to the huge profit-taking (RFS paid dividends worth a total of 90 million euros in 2012 and 2013), the money that was needed to rebruil Wehkamp from a former mail order company to a thriving ecommerce company, growth wasn’t evident. Het Financieele Dagblad says that’s probably why the company that once was the first with selling fashion online, soon was overtaken by the competition. “That’s one of the reasons why some industry peers think big international online retailers weren’t that interested in buying the parent company of Wehkamp. Major players like Amazon or Zalando aren’t keen on a local market leader with few growth potential.”

Active in: The Netherlands