Russia is a remarkable country within Europe. It extends accross the entirety of northern Asia and much of Eastern Europe, thereby being a transcontinental country. In terms of ecommerce and other online services, Russia also differs from the most European countries. Let’s have a look at ecommerce in Russia with an interesting infographic.

The infographic was brought to us by the folks over at Search Laboratory. According to them, Russia is an ecommerce market brimming with potential. This market is expected to reach 24 billion euros by 2015. The country now has 61.4 million internet users, but that will soon be about 80 million of them next year.

Russia has had some trouble with ecommerce, as there was a history of distrust in online payments and fraudulent ecommerce vendors. These problems are now less prevalent, which means ecommerce is ready to get a big boost. Nowadays there are more than a quarter million ecommerce orders per day, and the ecommerce market is expected to be worth 23 billion euros in 2014, rising to 27,6 billion in 2015.

See more interesting numbers about the Russian ecommerce in this infographic, courtesy of Search Laboratory. 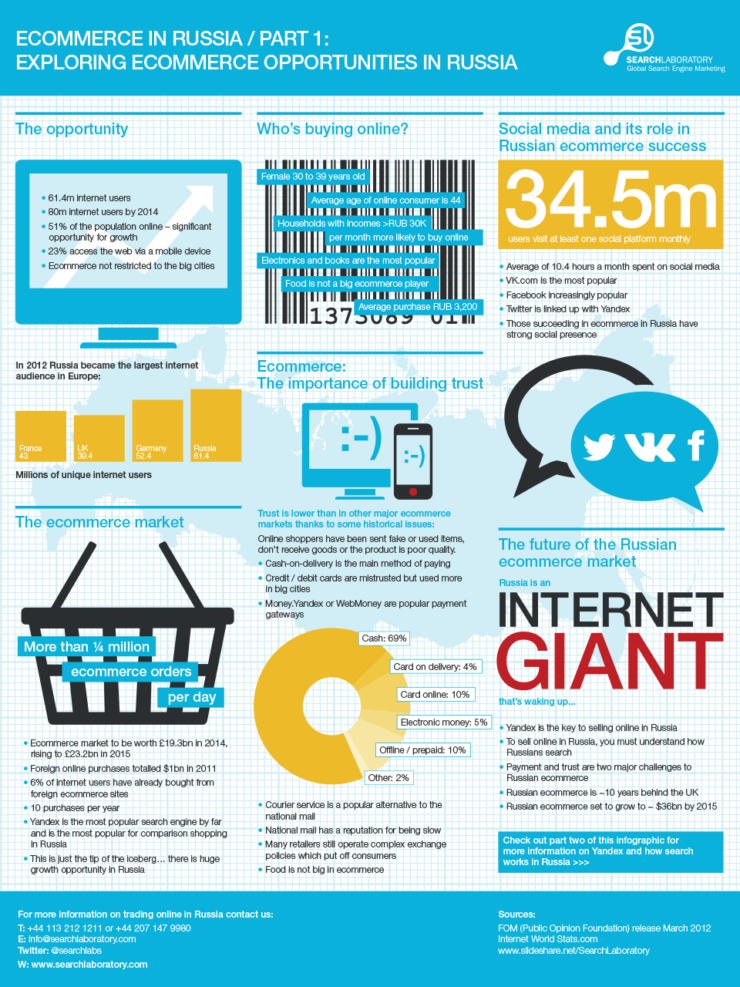