Consumers in Russia are buying more online. During the first half of this year, the total amount of online payments grew by 12 percent, while the number of transactions increased by 27 percent, compared to the second half of 2015.

Payment service provider Assist Group analyzed 12 million online payments made by cards in Russia and compared the results [pdf] from the first six months of this year with the second half of 2015. That looks like a weird comparison to make, as the winter months are often more popular with online shoppers than, let’s say, April and May. Assist Group says that in some segments it analyzed, the seasonality factor did have an impact on the result, but that in other segments the season was not a key factor. “Therefore, an overall increase of online payments was the reason for the growth.”

So, customers in Russia paid more frequently and spent more money on online purchases in the first half of this year than in the second half of last year. On average, the total value of online payments grew by 12 percent and the number of transactions increased by 27 percent. The results vary depending on the segment. 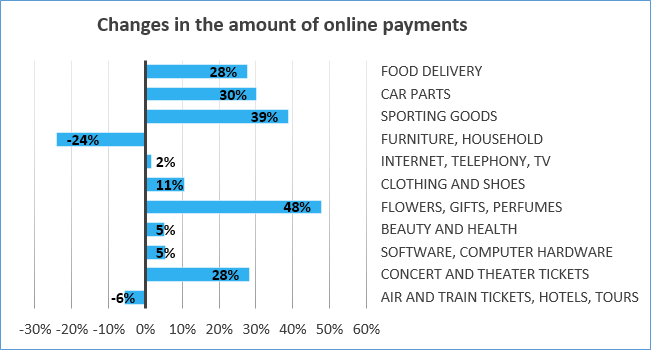 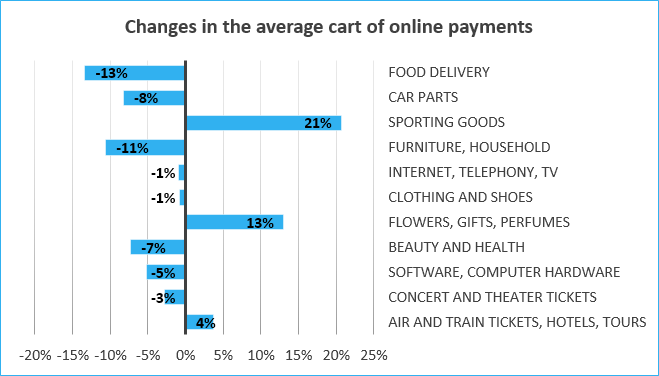 “In general, customers in Russia are paying online by cards more often, but at the same time, they are trying to spend less for a single purchase”, Assist Group writes. “The average cart for all industries in six months in 2016 fell by 12 percent from 3247 to 2863 rubles.” 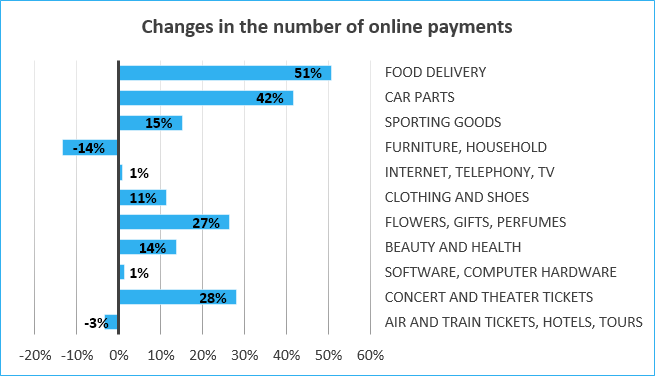 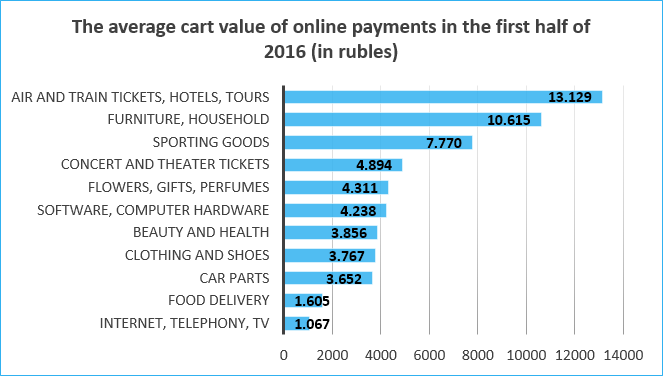