Some leading online stores in Switzerland have collapsed under a rush of customers who visited their websites during Black Friday last week. Microspot, Manro, Interdiscount and Melectronics were among the online stores that couldn’t handle the many visitors looking for hot deals.

Many online stores in Switzerland advertised a lot recently, hoping to attract customers to their websites, filled with interesting Black Friday deals. But things didn’t turn out so well for some online retailers, as their websites crashed during the festive day that should have given them a real revenue boost.

‘Our shop was overrun by customers’

The online retailers Manor, Interdiscount, Microspot and Melectronics were among the ecommerce websites that weren’t available for a while. “Our shop was overrun by customers”, Ellen Steinbrecher, spokeswoman for Manor, said to newspaper Blick. Interdiscount decided to extend the deals until Sunday and suggested consumers visit one of their 187 physical stores instead. The online stores of Lip and Nettoshop were also inaccessible for quite some time during Black Friday in Switzerland. And on the website of Digitec the prices weren’t shown correctly after midnight.

Collection of websites that weren’t available during Black Friday 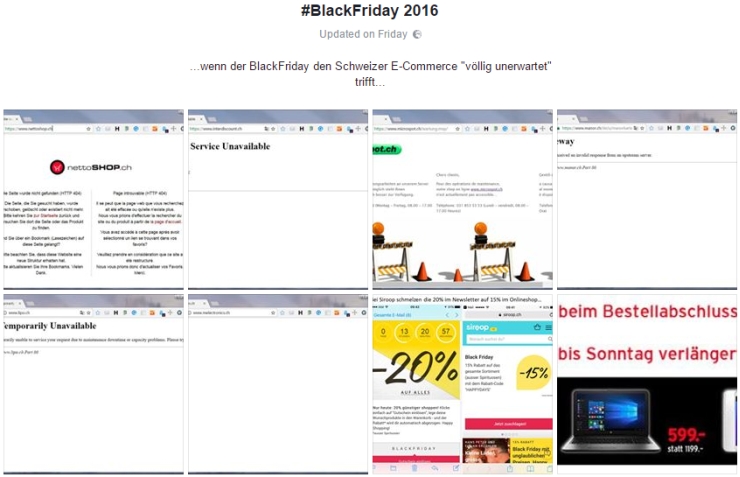