June 3, 2014 by Ecommerce News. About Laws and regulations with tags Switzerland, The United Kingdom. 3439 views.

Richemont takes high court action to stop websites in the United Kingdom from selling counterfeit products. This landmark case could change the content and future of the internet, some broadband providers fear. But the Swiss luxury company, behind e.g. Cartier jewellery and Montblanc Watches, won’t back down and is hoping for a positive court decision.

Counterfeit fashion is something that probably won’t ever go away. But it’s also something that could hit brands pretty hard. Not only because it could cause a serious lack of income, but also because most counterfeit products are of inferior quality and could damage the carefully crafted image of a brand.

And that’s why Richemont seeks to equate trademark and copyright infringement, as The Guardian wrote. The company has ordered five home broadband companies in the UK – BT, Virgin Media, Sky, TalkTalk and EE – to block access to seven sites selling fake versions of its watches and jewellery. By using a system of injunctions, similar to the one that blocks websites offering pirated music and films, the industry could police the sales of its goods, Richemont argues.

But copyright infringement is something entirely different than trademark infringement, internet campaigner Jim Killock tells the English newspaper. Richemont will probably try to fall back on section 37(1) of the Seniour Courts Act 1981, so broadband companies should be subject to piracy-style injunction when trademarks are violated.

Richemont, the conglomerate that owns luxury brands like Cartier, Chloé and Montblanc, has its history of fighting counterfeiting. Back in October 2013, a federal court in California awarded the Swiss company a permanent injunction against Tradekey.com, which is believed to be the second-largest B2B global marketplace behind Alibaba, and its Saudia Arabia-based owner.

In February, the French cosmetics company L’Oréal settled with eBay over a seven-year battle about counterfeits that were being sold on the online marketplace. 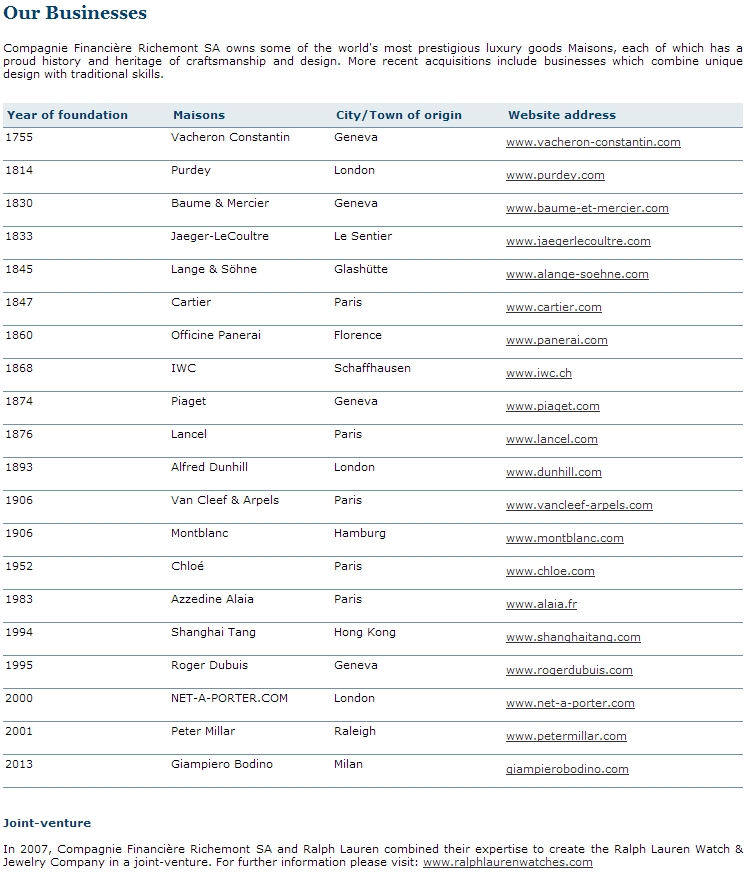