The average online spending in Europe

Europe is a continent with many differences. Not just in terms of politics, culture and language, but also with regards to ecommerce. While the online retail industry in the UK has matured, it’s still upcoming in countries in the Eastern part of the continent. Also, in terms of online spending there are many differences. A new infographic shows which country’s consumers spend most online on average.

The infographic was made by Expert Market, using data from Statistisa’s Digital Market Outlook. The British company ranked the countries that spend the most money online per average customer. To make it easier for comparison they put all the amounts in US dollars.

Europe spends much per average customer
The global ranking shows Europe is doing pretty well, considering Norway is the number two with $2,448 spent online per average customer in 2015. Only the average revenue per user in Hong Kong was higher, with $2,868. In total, seven European countries ended in the global top 10, which consists of: Hong Kong, Norway, Israel, the United States, Denmark, the United Kingdom, Switzerland, Finland, Sweden and Ireland. 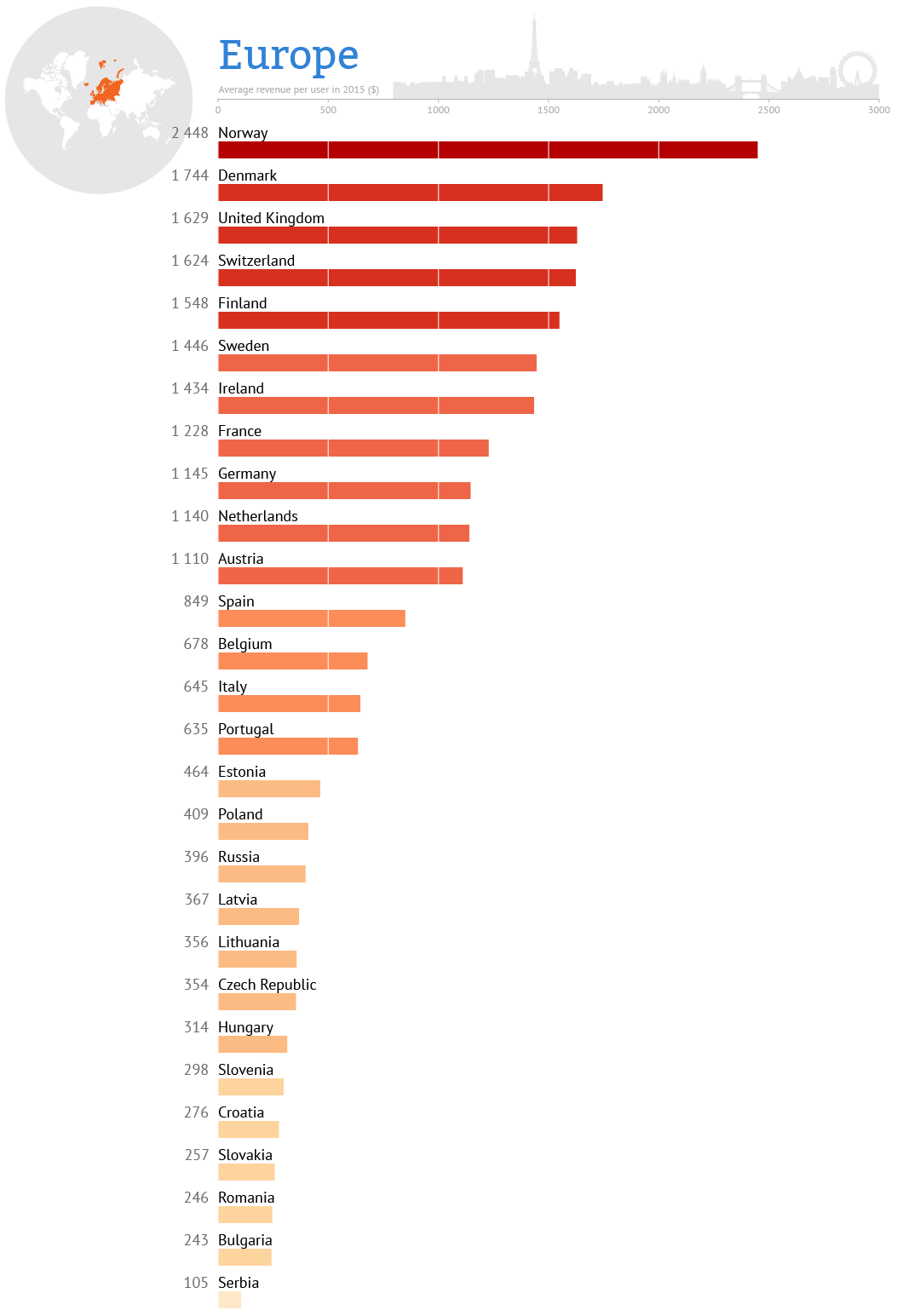