The state of online grocery retail in Europe

Consumers in Europe increasingly turn to online stores for their grocery shopping. The global online channel is expected to grow to more than 80 billion euros by 2018. Syndy (previously SyndicatePlus) published a new study on the online grocery industry across the most advances markets in Europe: the United Kingdom, the Netherlands, France and Germany.

According to Syndy’s data, the four aforementioned European countries showed remarkable double-digit growth of online grocery sales last year. The smallest market, that of the Netherlands, grew fastest with growth of 55%. Although the French online grocery market grew slowest, it still reached a 25% growth. The German and British markets increased by 38% and 26% respectively. 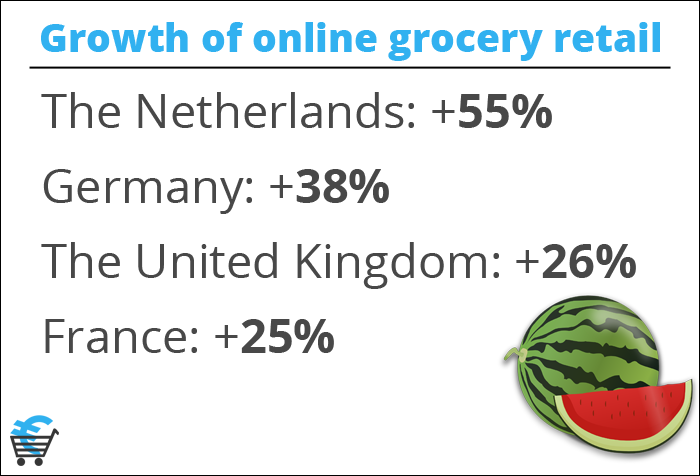 Last year, almost one in six European consumers (16%) bought groceries online, compared to 13% in 2013. This growth was due to the surging popularity of new business models and new players entering the market. This lead to a higher consumer adoption and increased market value. Local grocery retailers hurry to have an online presence, as major companies like Amazon and Google are investing heavily in their online grocery initiatives.

More info on online grocery retail in Europe
Syndy, which is an online platform used by retailers to source product data for ecommerce purposes, has published the report online, which you can download for free. The report goes deeper into the grocery market of the Netherlands, the UK, Germany, France as well as the US.