November 7, 2016 by Ecommerce News. About Laws and regulations with tags The United Kingdom. 18394 views.

The Competition and Markets Authority in the United Kingdom has found evidence online retailers are colluding on online marketplaces such as Amazon. It had warned several ecommerce companies against price fixing. Consumers were offered bad deals due to retailers discussing prices with competitors or agreeing not to undercut them.

The CMA launched a new campaign today directed towards online sellers in the United Kingdom. It wants to remind them discussing and agreeing price levels with competitors is illegal and can result is some serious penalties. The British authority has written to several online retailers which may give its customers a bad deal and also partnered with online marketplace providers to make the CMA’s advice available to online sellers.

One of the online retailers CMA gave a penalty is Trod, which sells posters and frames online. It agreed with competitor GB Posters not to undercut each other’s prices when selling on Amazon UK. After an eight-month investigation CMA gave a fine of over 160,000 pounds (179,900 euros). GB Eye reported the cartel they were part of and thus escaped a fine.

The CMA has written a guidance about price-fixing. Here, online sellers can read what price-fixing includes, what it means for them what they should and shouldn’t do. 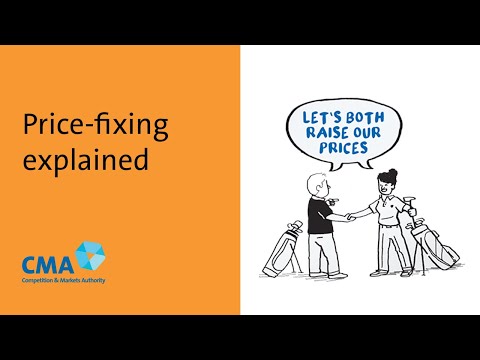