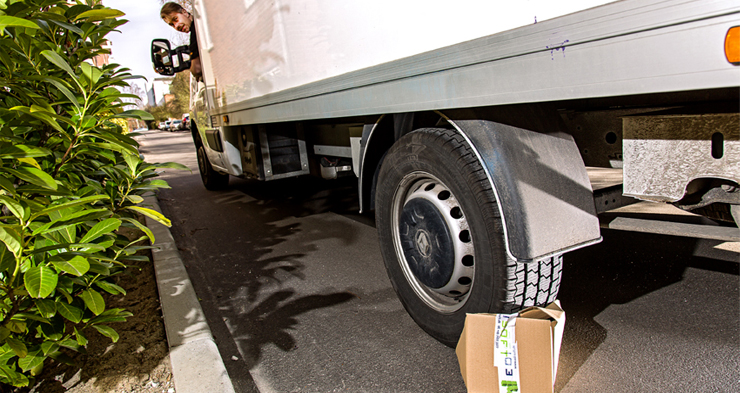 Who covers the damage during a shipment?

If your shipments are damaged or lost during transport, who covers the loss? One might think the carrier covers the full value of the shipment, but this is far from the truth. And also, it depends on in which country the shipment takes place, how big your loss as a retailer will be.

This means that if the carriers is responsible for damaged or lost parcels during international road transport, he covers up to 8.33 SDR (around 11 euros) per kilogram of damaged or lost goods. So, if an iPad with a value of €540 and weighing 650 gram gets completely damaged during transportation, the compensation will be 0.65 * 11 = 7 euros. In other words, the seller’s loss will be 533 euros.

Denmark has no national transport legislation
In Denmark, there’s no national transport legislation, which means carriers are therefore unlimited liable for damages or lost parcels during road transport within the country’s borders. “Unless the carrier chooses to use the rules from NSAB2000 [pdf] or the CMR Convention, in which the compensation amounts to slightly more than 9 euros”, EDI-Soft explains. “Not surprisingly, most Danish carriers use NSAB2000 or the CMR Convention at national road transport.”

Loss highest in the United Kingdom
In the United Kingdom on the other hand, sellers have a bigger (more expensive) problem when it comes to damaged or lost parcels. During national road transport they are, according to RHA2009 [pdf], covered by £1.3 (about 1.8 euros) per kilogram of damaged or lost goods. This means that the same iPad from the previous examples is covered at a record low amount of only 1 euro in the UK, which means the consignor’s loss will be 539 euros.

Of course, for every possible problem there is a solution. As a retailer you could insure the shipments, which can be done through an annual agreement or just on special occasion, such as shipping goods of particular high value.

Note:
According to the CMR Convention, the carrier covers up to 8.33 SDR per kg damaged or lost goods. SDR is short for ‘Special drawing rights’ and is the IMF’s unit of account. It’s based on the Euro, Japanse Yen, Pound Sterling and US Dollar. A SDR converter can be found on the website of CoinMill.