January 15, 2021 by Ecommerce News. About Cross-border with tags Germany.

Wildberries, the biggest ecommerce company in Russia, has launched its online store in Germany. It’s the start of a major expansion to Europe. Wildberries is now looking to open ecommerce websites in France, Italy, and Spain.

Last year, Wildberries officially launched in the European Union, when it launched its online store in Poland. Now, it’s time for Germany, one of the three biggest ecommerce markets on the continent.

Online shoppers can now visit de.wildberries.eu and browse products from over 40,000 different brands. The assortment includes women’s, men’s and children’s clothing, shoes, and accessories, as well as products from other categories, such as books, consumer electronics, toys, car parts, and gifts.

Wildberries.eu has products from 40,000 brands.

In October 2019, news came out that Wildberries was coming to Europe. It started the expansion by building a new logistics center in Slovakia, but a few months later, Wildberries.eu launched in Poland, Slovakia, and Ukraine. Now its ecommerce platform also opened its digital doors in Germany, the Russian company is already looking at new markets.

Further expansions are planned for France, Italy, and Spain, but it’s still unknown when this will happen exactly. 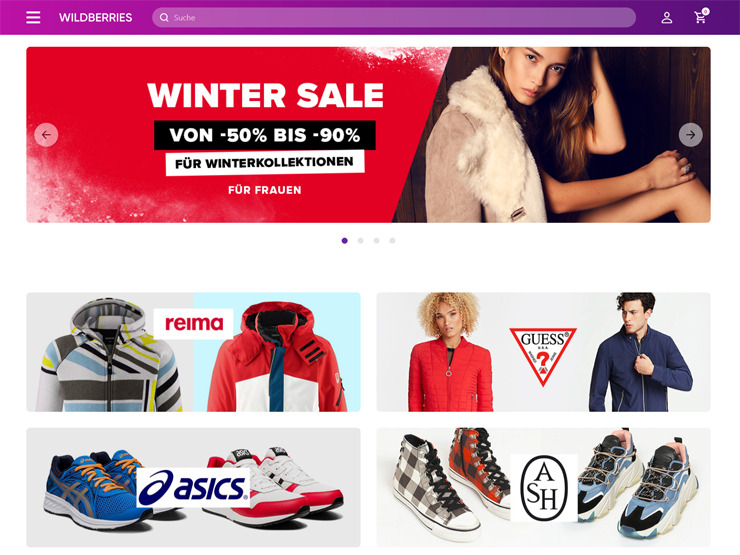