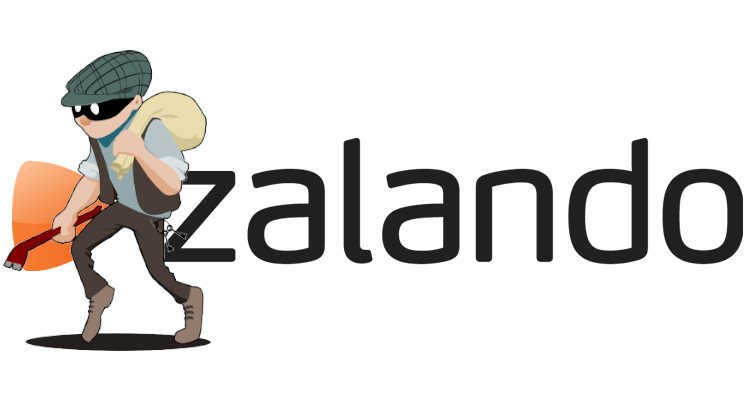 Zalando thought it was doing something good by changing its payment algorithm, but it actually backfired. The German ecommerce giant has been the victim of online fraud, as people ordered and received goods from Zalando, but never paid for them. According to the fashion retailer, the sum is about 18.5 million euros.

Zalando enables customers to pay using invoice, meaning they first get the goods delivered and only then pay the order amount. However, this option isn’t available for everyone, because it could give a boost to online fraud. But the irony is Zalando opened up for more customers to pay this way at the start of this year. But that’s also the moment the online fraud exploded, Swedish Startup Space writes.

Under false names and addresses frauds ordered goods from the online store of Zalando, and then received the goods without paying for them. This left Zalando with a huge number of unpaid invoices. In the half-year report for January – June, Zalando says it constantly strives to offer more customer-friendly payment methods. “However, the higher share of invoiced customers compared to the corresponding prior-year period combined with a higher level of fraudulent activity in the market led to increased write downs of trade and other receivables.” Zalando estimates the sum is about 18.5 million euros.

‘Hard to protect oneself against organized crime’
According to another Swedish website, Breakit, the fraud has raised questions among some of the larger investors. “It’s crazy that so much money can be lost. Does the management has full control?”, an investor is cited. But Zalando claims the problem with this kind of tricksters is an industry issue and so it’s not related just to Zalando. “The ecommerce industry isn’t spared from fraud”, says spokesperson Kristin Dolgner. “As soon as we discovered the problem, we acted and now there are no opportunities to manipulate our system. But it’s tough to protect ourselves against organized crime”, she says.

According to Breakit fraud has occurred in several Zalando markets, but the majority happened in German-speaking countries. The German police is investigating the case right now.