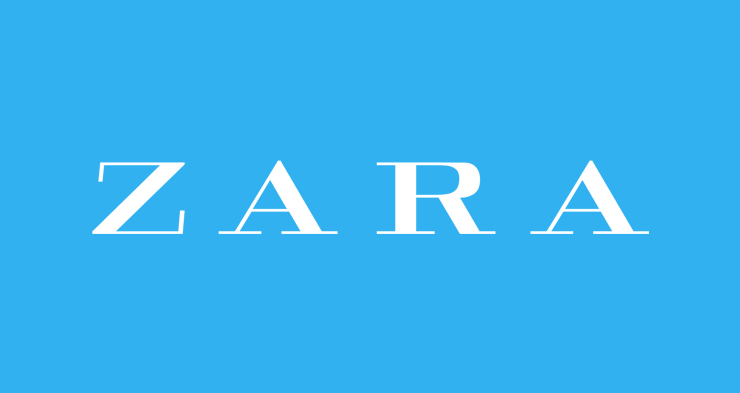 In Spain, more than half a million people shopped fashion online during the month of July this year. An average order of clothing and accessories was worth 57 euros. Especially, Zara was a popular shopping destination, followed by Asos and Zalando.

Research company GfK used its Consumer Wallet tool to analyze the personal finances of over 180,000 internet users in Spain. For its analysis of the online fashion industry in Spain, GfK only selected fashion chains such as Zara, Kiabi, Pull & Bear, C&A, et cetera. The online fashion sales from big department stores and hypermarkets were excluded. “Because in order to determine the fashion sales of these players, we would’ve needed to cross other data sources.”

About 520.000 Spaniards made a fashion purchase online in Spain last July. Together these consumers placed 686.111 orders, spending a total of 39.8 million euros. This means an average order in this segment was worth 56.6 euros, while the online fashion shopper in Spain spent on average 77 euros.

A majority (56 percent) of online fashion shoppers in Spain is female, while the share of women is even higher (69 percent) when we look at the amount of money spent on fashion online. 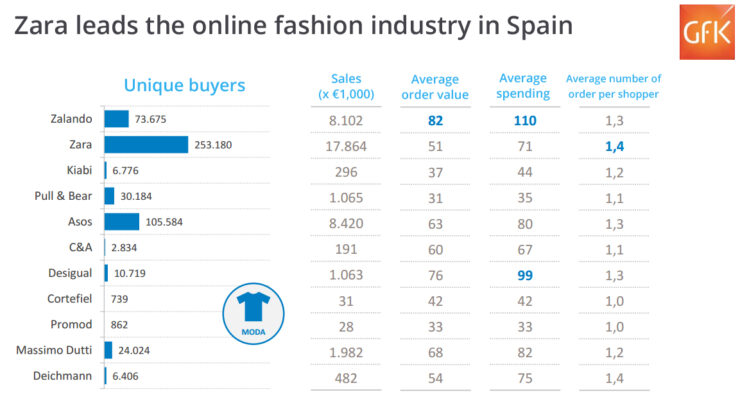 Zara, the absolute leader in Spain

In terms of unique customers, Zara is the absolute leader in Spain. During the month of July, the Spanish retailer welcomed over 253,000 customers, while the number two on the list, Asos, stays behind with 105,000 buyers. Zalando and Pull & Bear are other popular online fashion destinations for Spanish consumers.

Zara has the highest conversion rate as well