7 out of 10 Belgians buy online

This year, 72 percent of Belgians make online purchases. Of all Belgians who are active online, eight in ten have bought something online in the past year. And 94 percent say they will do so in the future.

Over half of Belgian consumers (56 percent) has bought something online at least once a month in the past twelve months. That’s an increase of 20 percent compared to the situation in 2019. One in five online shoppers in Belgium buy from the internet at least once a week, and they do this mostly in the evening. Two percent even say they buy something online every single day.

2 percent of online shoppers in Belgium order something every day.

These and more findings come from the annual study by Comeos, among 2,000 Belgians. This year’s survey was conducted in the month of April, when Belgium was in a lockdown due to the coronavirus outbreak.

63% of young people buy with their smartphone. 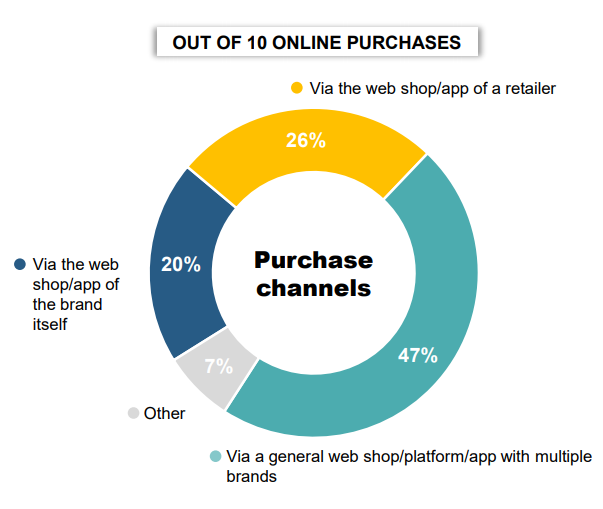