November 4, 2015 by Ecommerce News. About Logistics with tags Europe.

New research from yStats shows that the majority of online consumers in Europe still want their goods delivered to their home or workplace. However, alternative options are on the rise. In the United Kingdom for example, two in three shoppers already made use of the option to order products online and then pick them up in a store or other collection point. Delivery to a local shop is also popular in France, while Germany has the highest share of online shoppers who want their goods delivered in a locker so they can pick them up whenever they want. 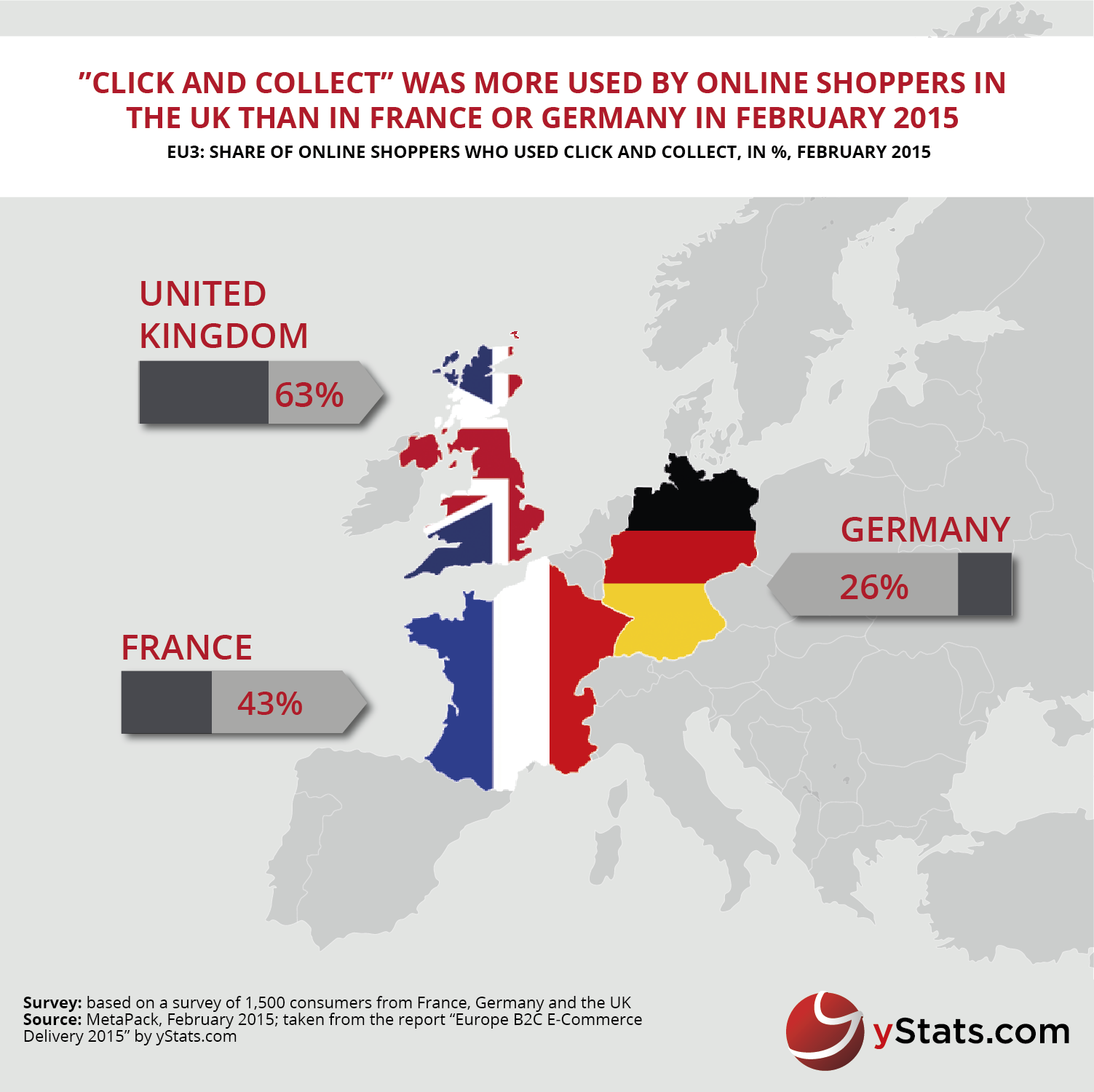 But that’s not the only trend taking place in the European ecommerce sector. Aside from the method used to deliver products, there’s also a change noticeable in the price consumers want to pay as well as how long they expect it to take to have their goods delivered. In some countries, such as the Netherlands, Spain and Germany, a great majority of online shoppers have indicated that free shipping is one of the most important factors in their purchase decision.

Back in April, European ecommerce association Ecommerce Europe wrote a position paper which aims to improve the parcel delivery market in Europe.