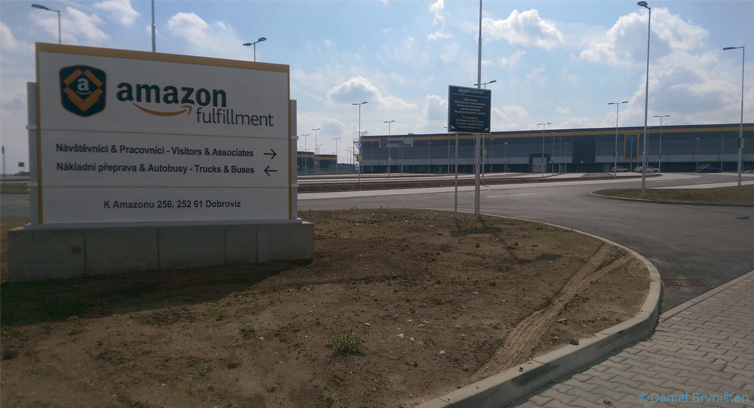 Amazon has opened a distribution center in Dobroviz, near Prague. The new logistics facility started full operation yesterday, with the Czech minister of Industry and Trade attending the opening. The site already has 1,500 permanent employees.

Local news website PraguePost.com says the minister welcomed the Amazon project and praised the creation of thousands of jobs. Building of the distribution center, which is 95,000 square meters big, started one year ago and the whole operation, including the purchase of land, cost Amazon 75 million euros.

Amazon: ‘Dobroviz has excellent transport links’
On its UK website Amazon says the facility, which is the first Amazon site in the Czech Republic, will manage customer returns through reserve logistics. “With excellent transport links, the picturesque city is in a perfect position to host a logistical business like Amazon – a welcome addition to a number of international companies already in the area”, the American ecommerce giant adds.

If all things go as planned, about 2,000 permanent and 3,000 seasonal workers will find a job at the Czech warehouse by 2018. This year the center expects to have 1,600 regular employees, while during the pre-Christman season they will be joined by an extra 2,000 seasonal employees, of which some of them will be offered a permanent job.