Ecommerce in the Czech Republic

The Czech Republic, also known as Czechia, is a country in Central Europe, it’s bordered by Austria, Germany, Poland, and Slovakia. In 2020, over 10 million people lived in this country, which joined NATO in 1999 and the European Union in 2004. It officially added its short-form name Czechia in 2016. Here’s what you need to know about ecommerce in the Czech Republic:

Looking for ecommerce software for selling in Europe? Lightspeed and Shopify are both platforms that are well optimized for cross-border ecommerce.

Ecommerce events in the Czech Republic

Every year there are several ecommerce events being organized in the Czech Republic. We have a handy ecommerce events calendar, where you can find all the major online retail events in Europe.

Ecommerce customers in the Czech Republic 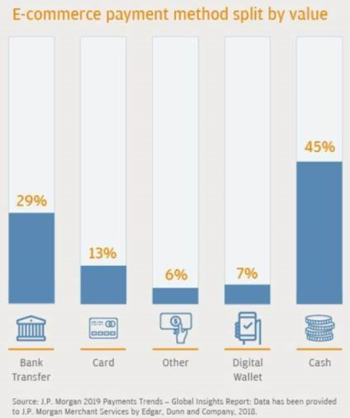 PAYMENT METHODS – Among the 10 million people living in the Czech Republic, nearly 6 million of them can be considered online shoppers. User penetration in this market was 54 percent in 2020 and is predicted to reach 65 percent by 2025. When it comes to payment methods, the Czech Republic is well-known for its high level of cash usage. So, payment on delivery is still the most popular payment method, accounting for 45 percent of transactions. Bank transfers cover almost 30 percent of transactions.

Are you looking to do cross-border business? Get your free digital copy of Cross-Border Magazine now and stay informed.

The ecommerce market in the Czech Republic

According to data conducted by Statista, the Czech ecommerce industry was worth about 2.5 billion euros in 2019 and is predicted to be worth 3.39 billion euros in 2020. This website also forecasts that online revenue in Czechia will show an annual growth rate of 2.57 percent until 2025. The Association for Electronic Commerce (APEK) however, says ecommerce was worth 155 billion Czech korun in 2019, this corresponds to 5.93 billion euros. Czech ecommerce accounts for 13 percent of the country’s retail sales.

Czechia has some major online retailers. Among them is Alca.cz, which sells all kinds of consumer electronics online. Another major ecommerce company is online department store Mall.cz. Supermarket Rohlik.cz also has a very strong presence online, and CZC.cz is a popular online store as well.

Latest news about the Czech Republic

October 2, 2020The Czech company Nulisec has launched an online business-to-business marketplace for retailers. The platform started out as project to digitize the local wholesale business center in Prague, but turned into an online wholesale marketplace with thousands of businesses.

July 9, 2020Czech online optician Lentiamo is expanding in Europe again. The ecommerce company has now launched its online store in Ireland. From now on, Irish shoppers can order contacts, spectacles and sunglasses in the online Lentiamo shop.

June 8, 2020Rohlík, an online supermarket from the Czech Republic, has announced plans to launch in Germany. The expansion was originally planned for 2025. But due to the current high demand for online grocery shopping, the start is brought forward. Rohlík is expected to launch in Munich by the end of this… END_OF_DOCUMENT_TOKEN_TO_BE_REPLACED

May 28, 2020Stripe has expanded its payment services in Europe. The American tech company is now generally available in the Czech Republic, Romania, Bulgaria, Cyprus, and Malta. The payments company can now support businesses in 29 countries across Europe.

April 28, 2020Maternia has launched the online sales of prescription eyeglasses. This was originally planned for the second half of 2020, but due to the current situation caused by the coronavirus the eye care specialist accelerated these expansion plans.

Read all our articles about ecommerce in the Czech Republic.