The prediction comes from the Belgian ecommerce association BeCommerce, which regularly publishes data about the online retail industry. Based on the fact Belgian consumers spent 4.9 billion euros online in the first half year, the association thinks the industry will be worth over 10 billion euros at the end of this year. Also because online retail continues to grow and they still have the traditional strong holiday season ahead.

During the first six months of this year, 7.9 million Belgian consumers together bought 42.3 million products. Online sales increased with 10 percent during this period, while the number of online shoppers grew 2 percent. This means Belgian consumers have spent more than they did last year. On average, they spend 118 euros per online purchase.

17% of all spending happened online

Flanders is still the part of Belgium where most ecommerce revenue takes place. During the second quarter of this year, online sales in Flanders was worth 1.47 billion euros, an increase of 13 percent compared to the situation last year. Meanwhile, ecommerce in Wallonia showed a bigger growth rate (+14 percent), but still, the online retail industry was worth almost 1 billion euros. 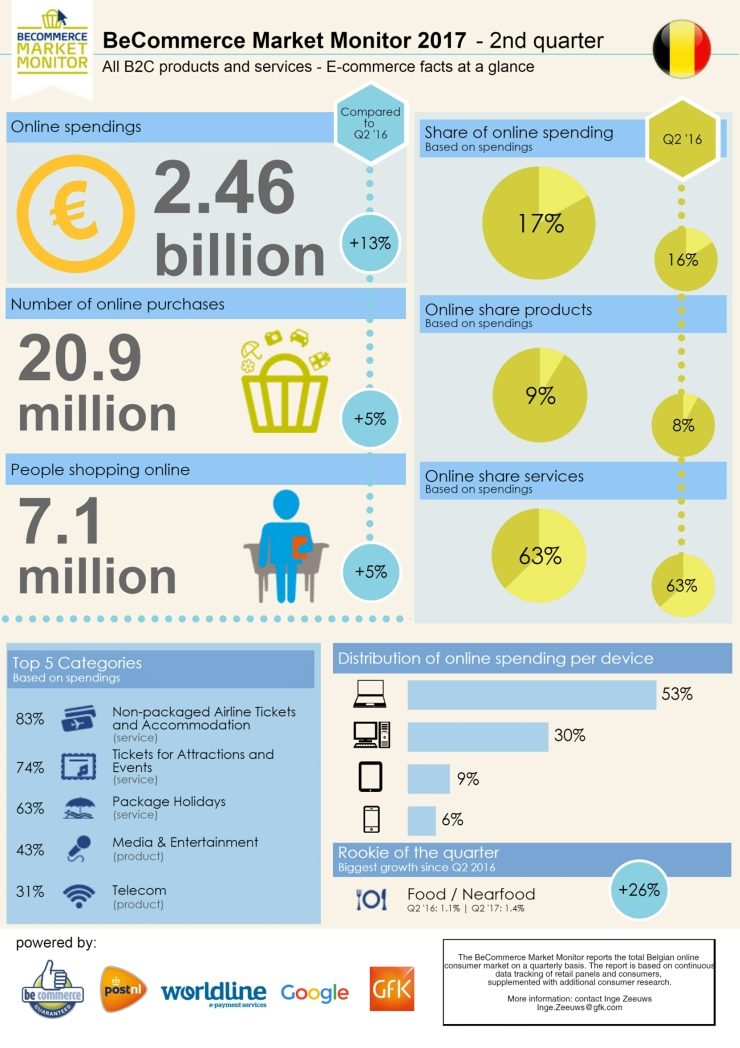