In Italy, 16.9 million people have bought something online during the first three months of this year. This corresponds with 55.1% of Italians who have access to the Internet. Individuals who bought something at least three times during this period, e.g. 11 million Italians or 36% of Internet users, are responsible for 88% of the value of all online purchases.

These are some of the major conclusions from a quarterly survey conducted by the Italian ecommerce association Netcomm about ecommerce in Italy. Data also suggests the attention of buyers is facing more and more towards categories that are popular in the summer. Product categories that are directly related to leisure, such as books, travel tickets and clothing, have seen an increase in purchases during the last couple of months.

“The trend is that many purchases are still being made in traditional stores, but before you buy a product or service, there’s a key role for researching online first”, Roberto Liscia, president of Netcomm. “Years ago we coined the definition of ‘infocommerce’ and it looks like the multi-channel industry has established itself as an important option of choice for advanced consumers. In fact, both Internet users and traditional consumers say they check product pages and online catalogues before they purchase something online or in a physical store.”

Reasons for (not) shopping online)
Data from the survey also shows that Italians are increasingly ware of buying online, with only 5.7% of respondents saying they don’t trust paying via the Internet. More and more it’s the convenience and other benefits that lets people decide to buy something online rather than in-store. 93% of the time, the delivery of products that are bought online occurs at the customer’s home. The number of deliveries increased by about 21% last year, compared to 2013.

Mcommerce in Italy
Among the aforementioned 16.9 million online shoppers in Italy, one in ten consumers has made a purchase via their smartphone (via the browser or, more frequently, via an app). The share of purchases that happens via a smartphone has grew by 67% compared to last year, while the share of purchases from a tablet is growing at a slower pace: 28% more than last year. 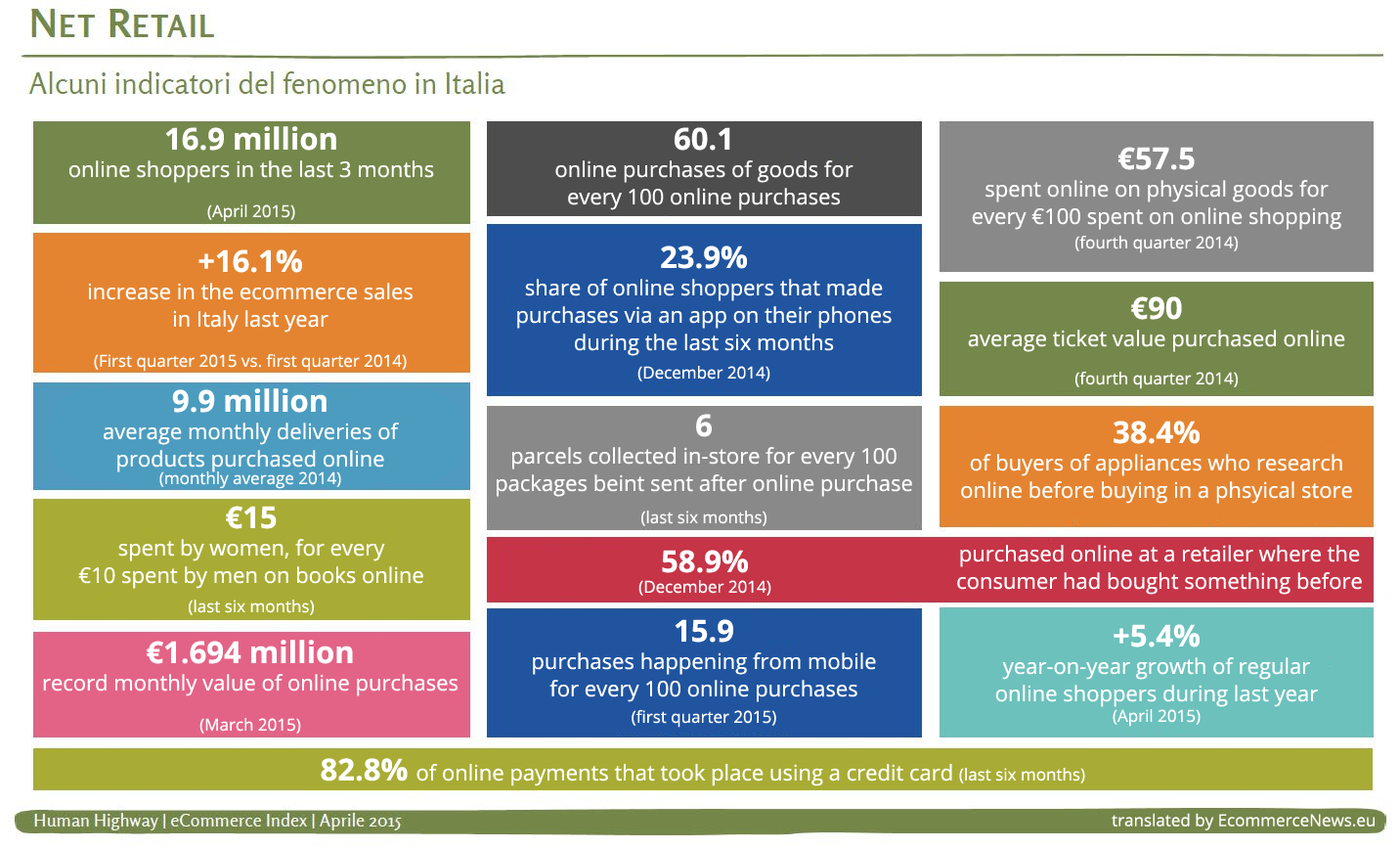