Ecommerce in Switzerland is worth 8.4 billion euros 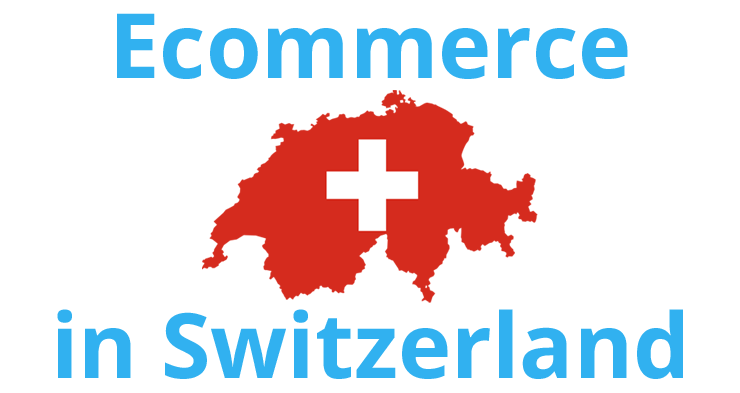 The ecommerce market in Switzerland increased by 13 percent from last year, now reaching a value of 9.1 billion Swiss francs or 8.4 billion euros. The growth of the online retail industry may have had something to do with the high online shopping penetration. Of all 16-65 year olds in Switzerland, 90 percent purchased at least once online in the last twelve months.

This stems from the Swiss E-commerce Consumer Behaviour Report, which is conducted by ContactLab, part of Observatory NetComm Suisse. This report also shows there are now 4.7 million Swiss online consumers, up half a million from 2014 (+12%).

‘Switzerland proves to be mature’
According to Alessandro Marraros, president of NetComm Suisse, the significant growth in the Swiss ecommerce is due to the continued distribution of the online channel and the high levels of digitization of the population. Swiss consumers on average spend almost 1,800 euros per year, “a figure much higher than that in other European countries. For example, German consumers spend an average of 1,300€, while the British spend 908€. In this context, Switzerland is proving itself to be mature, have market potential and mature connected services”, he says.

Services are still generating the majority of the value of Swiss ecommerce. Transportation and travel services are particularly popular, as consumers spend more than 1,380 euros online on this every year. In terms of products, fashion products are the top preference for a small majority of buyers, equaling 2.7 million Swiss consumers.

Paypal most popular payment method in Switzerland
When it comes to paying for all these products and services shopped online, consumers in Switzerland prefer paying with Paypal (43 percent), followed by credit card (40 percent) and cash on delivery (39 percent). An interesting thing about consumers who prefer paying by credit card, is that they spend on average more (+41%) online than other shoppers.

The report found that online shoppers in Switzerland prefer to buy from websites or retailers who also have a physical store (41 percent), followed by mono brand ecommerce sites (38%). It’s just that retailers with ecommerce channels are more trusted by consumers. Price comparison sites and general ecommerce portal are considered slightly less trustworthy. “Flagship brand e-sites are nevertheless the most frequently used channels for finding out information to help consumers decide which product to choose”, Netcomm Suisse says. “Among the different sources of information, price comparison sites, online reviews and newsletters also play an important role.”

Cross-border ecommerce in Switzerland
The cross-border industry got also some attention in the study and it seems more than half of online Swiss consumers shopped on a foreign ecommerce site at least once. “This is a widespread phenomenon in Switzerland, more so than in other countries, even though buyers shopping exclusively on foreign sites are a tiny minority (2 percent).” Nonetheless, there is still a huge group of cross-border buyers who make 35 percent of their online purchases abroad. These shoppers spend about 415 euros more than the average buyer.

Slightly more than one in three Swiss online consumers buy foreign products as internal demand forces them to look over the border out of ‘necessity’. At the same time, the level of potential foreign consumers who are interested in buying from Swiss retailers is high. “Swiss ecommerce comes highly recommended as the country is recognized for the high quality of its products, reliability, the efficiency of logistics and payment security”, says Carlo Terreni, General Director of NetComm Suisse. 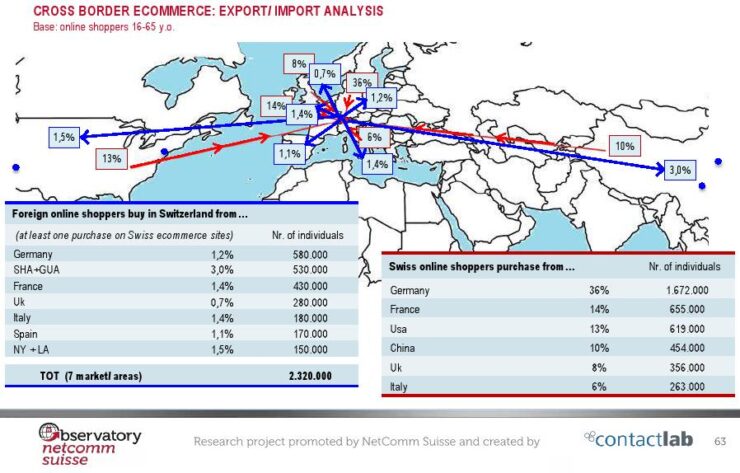