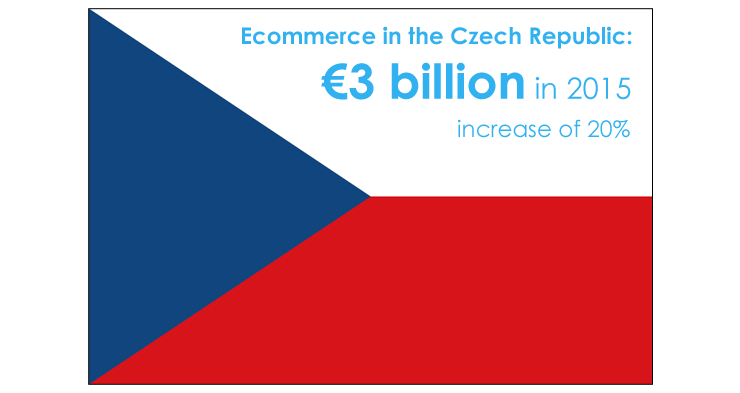 Ecommerce in the Czech Republic grew over 20% last year

APEK, the Czech association for electronic commerce, published the statistics for 2015. The ecommerce association expects the local ecommerce to grow by at least 15 percent in 2016. During the last twelve months, ecommerce in the Czech Republic accounted for 8.1 percent of total retail turnover. According to APEK’s CEO Jan Vetýška, this share has increased by one percentage point when compared to 2014. “The importance of ecommerce for the Czech Republic and the European Union continues to grow rapidly”, he said.

Not only 2015 as a whole showed an increased growth in turnover, also the last quarter, which of course includes the important holiday season, showed improvement year-on-year. During these three months, the turnover of goods sold online exceeded 25 billion Czech koruny, which corresponds to 925 million euros.

More online shopping of drones and food
“At Christmas, almost everyone bought a gift at an online store. Electronics, cell phones, toys and clothing traditionally achieved well. Perhaps the biggest hit, which saw the largest growth in popularity this year, was drones and their variants,” Vetýška said, adding that many retailers also offered significant discounts, as Prague Post writes.

But Czech consumers not only shopped the usual suspects like electronics, toys and clothing online, a wider variety of goods being available on the internet is noticeable. According to APEK, many customers bought food online before Christmas, just to avoid the stress of crowded physical stores.

Unfortunately, there was also some not so positive news. The aforementioned trade inspection authority, ČOI, found out that a relatively high number of entrepreneurs who are active in the ecommerce industry are still failing to comply with all legal regulations. It expected 245 online stores and discovered flaws in 82 percent of them. ČOI imposed 186 fines, which amounted to more than 37.000 euros. Those fines were meant for websites that didn’t provide consumers with complete or true information, for example about products, terms and conditions or the right from defective performance.