Europeans spend 5% of their spending on subscriptions 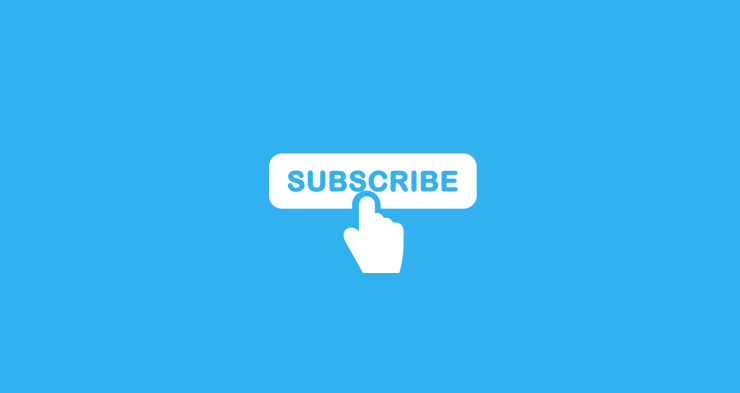 Consumers in Europe spend about 5 percent of all their spending on subscriptions. They spend on average 130 euros per month for subscriptions, such as video, music, sport or food. Every year, 350 billion euros is spent in Europe on these type of purchases.

This has been researched by ING, which wanted to know, now that consumers are used to subscribing to music and video, if tools and toiletries are next. For this, it interviewed 11,000 households in eleven different European countries.

Consumers are already used to subscriptions for consumers goods, just think about newspaper, magazine or telephone subscriptions. But thanks to ecommerce, there are now even more possibilities. After low-cost video and music-on-demand subscriptions, retailers have been looking to offer tangible goods, both durable and consumable, on a subscription basis. There are now online subscription services for products such as razor blades, clothes, food and glasses.

“The subscription economy will grow further, enabled by technological developments, shifting consumer preferences, favorable regulation for product design and the current low-interest rate environment”, ING concludes. The bank thinks the amount spent could grow by an additional 190 billion euros yearly. “There is potential for further growth: more Europeans expect to subscribe to additional tangibles than to churn. The potential is higher than for subscriptions to traditional services such as internet or cable TV.”

About four in ten consumers don’t see the benefits of subscribing to tangible goods. Only twenty percent thinks subscriptions are cheaper than buying the product outright. Especially in north-western European countries, such as Belgium, Germany, France and the Netherlands, people say subscriptions are expensive and rigid.

Consumers got the question what they consider attractive in a subscription to consumables. The most popular answer was that the goods are delivered to the customer, so they don’t need to leave the house. Also the fact consumers don’t have to think about buying new ones in a timely manner was a popular answer, followed by “it’s cheaper than buying”. Italy is the only country were home delivery is not considered to be most important reason to choose a subscription. 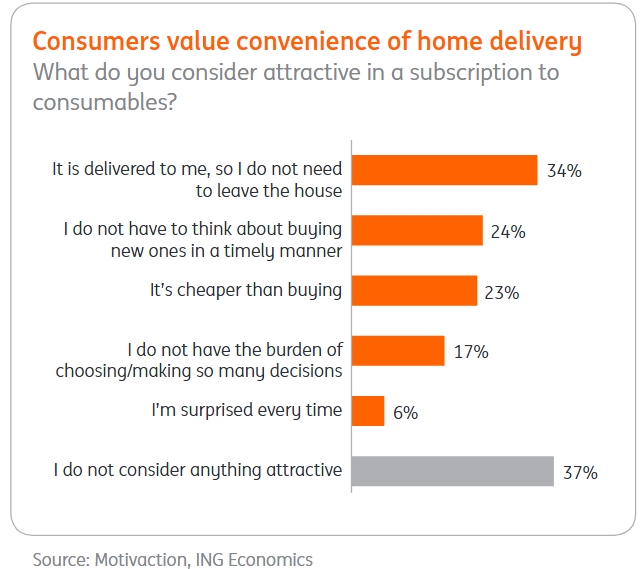