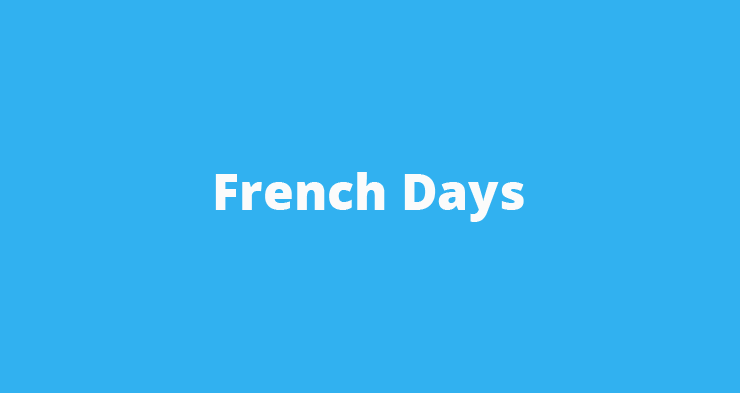 Six online retailers from France have created a new shopping event. This event, called French Days, should provide a local alternative to the famous Black Friday shopping event. The event will run from 27 April until 1 May.

The event was announced by French news magazine Paris Match. It writes that the bosses of the six biggest players in French ecommerce want to fight back against the American shopping event Black Friday.

Black Friday is popular in France

Last year, French consumers spent 81.7 billion euros online, which is an increase of 14.3 percent compared to the year before. France, with about 210,000 ecommerce websites and 37 million online shoppers, ranks third in the list of biggest ecommerce markets of Europe. Over the months, one day clearly stands out, with a 69 percent increase in purchases: Black Friday.

“Our initiative is the story of a challenge”, says Nathalie Mesny, CEO of Rue Du Commerce. “Would we be able to organize our own event on the internet? The answer was “yes”, provided that we would act together.” So, six leading ecommerce players that are normally competing hard with each other, united for this occasion and decided to battle against Black Friday.

Cdiscount (Casino Group), Showroomprive.com, Rue du Commerce (Carrefour), Fnac Darty, Boulanger and La Redoute have now created French Days. The online event will run from 27 April until 1 May and according to the retailers, the launch underlines how dynamic ecommerce is in France.

Other online retailers can join

Although the event was announced by the united retailers, they want to emphasize that each one of them is free to offer the promotions they want and that French Days is also open to every other ecommerce company in France. The initial announcement has for example lead to Kiabi, Monoprix and Sarenza claiming they will also offer promotions as part of the French Days event.