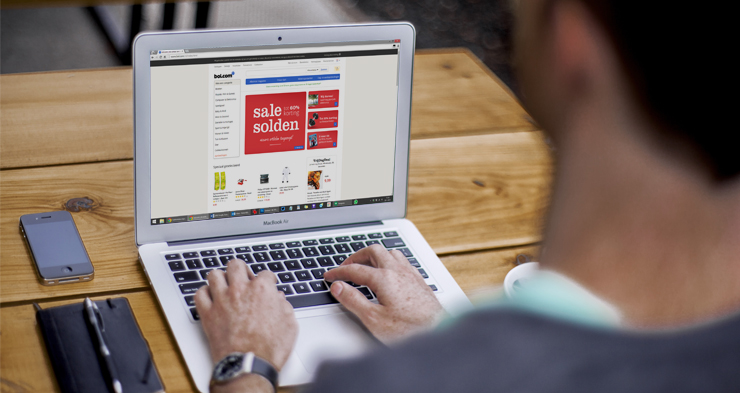 Online shoppers gather research at more than ten different sources before they purchase something. And at the same time, online retail stores generate more page views than news sites. Online retailers should market this reach. That’s what Google said during the biggest ecommerce event in the Netherlands.

It was Anthony Nakache, head of Online Partnerships Group EMEA, who told the audience this during the Webwinkel Vakdagen. According to Twinkle he said that the average conversion rate in online stores is between 1 and 5%. To monetize the rest of the visitors, online retailers could place advertisements on their website, for example via Google AdSense of the more advance DoubleClick for Publishers. Both Google products, but as Nakache hurried to say: “Of course, there are other parties who could help online stores out with this”.

Nakache claimed that serving ads on websites of online retailers is not a common thing to do in Europe. “In the US, however, almost all major retailers are doing this already”, he said, thereby relying on a study conducted by OC&C Strategy Consultants. This research concluded that British online retailers are missing out on an estimated 1.3 billion euros worth of advertising revenues by choosing not to sell advertising space on their own websites. “In the UK however, there are still just a few online retailers who sell ads on their website. Elsewhere in Europe there are even less companies doing this.”

Google’s Anthony Nakache: “67% of the users abandon their shopping carts.” How do you make them convert? #WWV15 pic.twitter.com/gcKa9AXiy1

Online shoppers are browsers
Of course, with this call to action Google is trying to forward its own interests, as it hopes more companies will use Google Adsense or DoubleClick. But it seems to have a valid point here, as there are indeed lots of consumers who visit the website of an online retailer, but eventually leave it without generating any revenue for the retailer.

Nakache said that online shoppers are browsers. And as retail websites currently generate more page views than news sites do, they should really try and monetize these visits by placing advertisements. “It could lead to substantial extra income for online retailers, who sometimes really need it in these times of fierce competition.”

Every minute there are 50 new ecommerce sites
“During this 30 minutes presentation, more than 1,500 ecommerce sites were started globally. Differentiation is important and this could be achieved by ads. And contrary to what most people think, our studies show that advertisements do not lead to a lower conversion rate. It’s hard to convince European retailers otherwise, but we’re getting there.”