May 7, 2014 by Ecommerce News. About Cross-channel, Logistics with tags The United Kingdom. 2730 views.

There’s still a massive lack of multichannel integration in the United Kingdom, as 50% of retailers with stores, still don’t allow unwanted goods bought online to be returned to a store. This number hasn’t really changed in the last seven years, a new study shows.

Retail solutions vendor Micros analyzed 217 UK retailers (companies like Argos, Adidas, Burberry, Harrods, Play.com and Zara), of which 195 had a network of stores. And it seems, only half of these retailers allowed items to be returned to a store. “This is surprising”, Micros writes in the report. “Back in 2007 when we started this research, the percentage of retailers that allowed return to store stood at 40%, which suggests that this has not been a significant priority for the other 60% that did not allow it at that time.”

And that’s kind of weird when you also read that 44% of retailers can now offer click and collect, ie allowing customers to buy online and pick up from a store. But when you as a retailer give customers this option, why not the other way around: returning items they bought online at a store? 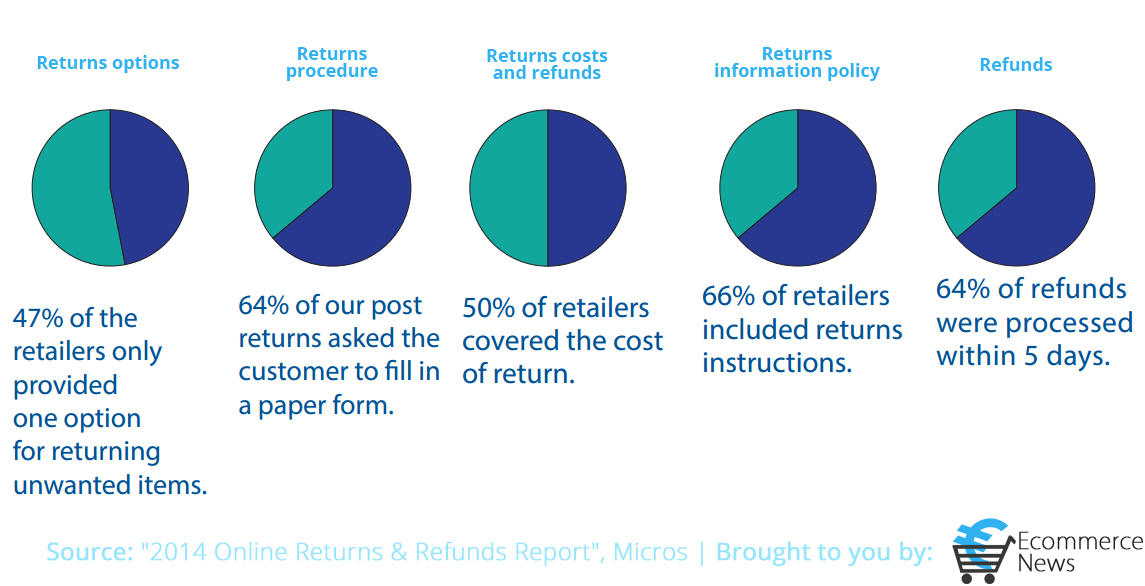