Klarna expands to the UK

Klarna has taken another step toward expanding its presence in Europe by launching its services in the United Kingdom. The Swedish ecommerce company will invest 125 million euros in product development and roll-out, Klarna’s CEO Sebastian Siemiatkowski confirmed at the London Technology Week. Klarna will have London as its base in the UK.

It’s clearly Klarna wants to be more present in Europe. Six months ago, the Swedish company bought German rival and market leader Sofort. As a result, in one instance it gained a 10 percent market share in the Northern European ecommerce market.

Klarna versus PayPal?
According to The Telegraph, Siemiatkowski has previously said that he’s “keen to tackle new markets such as Britain where PayPal dominates”. The newspaper notes that so far, no company has taken significant market share away from PayPal.

Klarna, founded in 2005, has about 45,000 merchants in Sweden, Germany, Norway, Denmark, Finland, Netherlands, Austria, Poland, UK, France, Italy, Spain, Belgium, Switzerland and Hungary. It has 25 million consumers throughout Europe and has raised 185 million euros in funding from investors like Sequoia Capital, DST and General Atlantic. The ecommerce company handles 200,000 transactions per day and did 150 million euros in revenue last year. 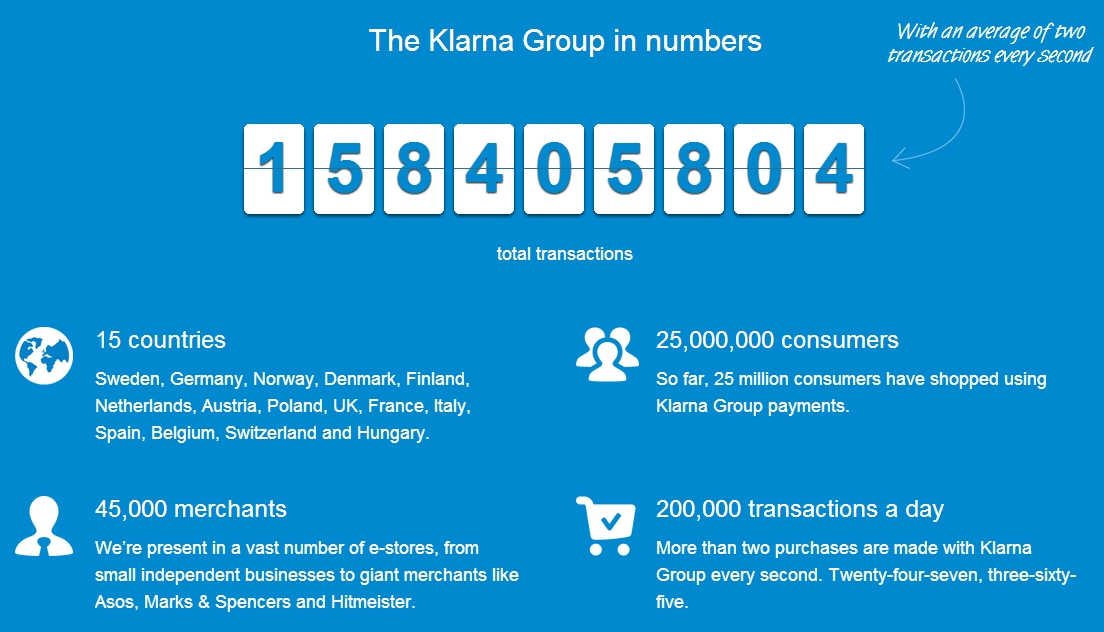