June 26, 2015 by Ecommerce News. About Software with tags Europe.

Magento is a very popular shopping cart software. Not just globally, but also in Europe the eBay Enterprise-owned software has a dominant presence. Especially in Western Europe and Scandinavia, Magento is a popular choice amongst online retailers. 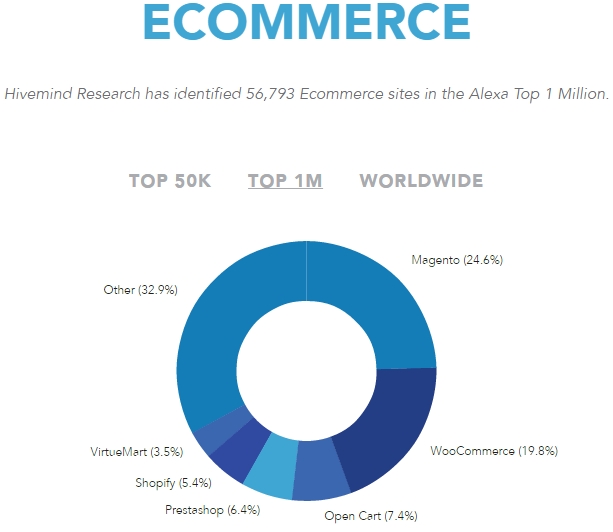 Hivemind Research has identified 14,729 Magento websites in the ‘Alexa Top 1 Million’. And of those 14,729, over 1500 are on the Enterprise edition with a base cost of about €14,000 per year. Especially since the end of February this year, the share of Magento websites seem to rise drastically, as you could see in the graph below.

When we zoom in on Europe, it becomes clear that in Germany there are 2719 Magento sites (again, Hivemind only looked at the top 1 million websites). Slightly more than in the UK, where there are 2483 Magento websites. Other popular Magento countries are France (1503) and The Netherlands (1243).

Magento and PrestaShop dominant in Europe
“If we look at a country breakdown of ecommerce technologies we can see that Magento dominates the majority of northern Europe, e.g. UK, Ireland, Netherlands, Germany, Denmark and Switzerland”, Hivemind says. “However, Prestashop has a stronger presence amongst the top 1 million sites hosted in Portugal, Spain, France and Poland. Overall, the Prestashop platform has seen no growth overall and in fact has been demoted below OpenCart in terms of popularity.” 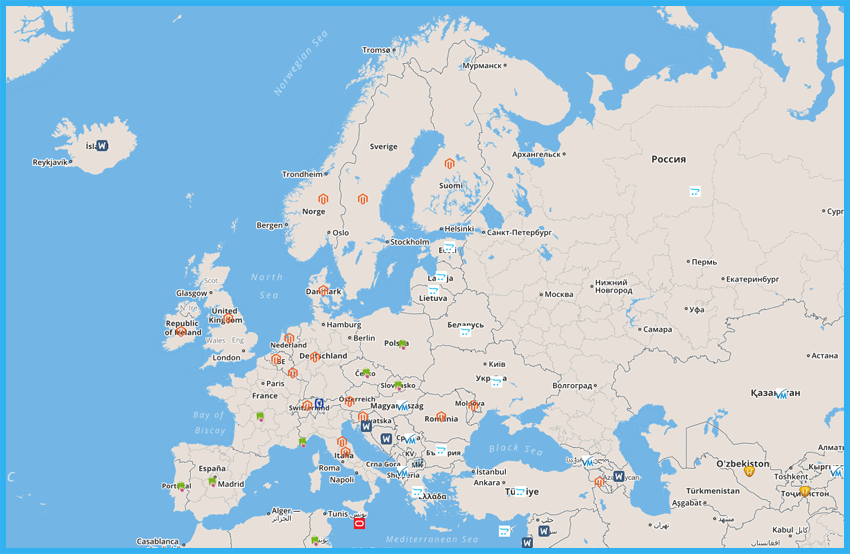