Mobile shopping in Austria has increased by 40%

Shopping online using a smartphone is becoming increasingly popular in Austria. Although the amount of online sales that happen via mcommerce is still low, the growth rate increases rapidly. Mobile shopping in Austria has grown by 40% in 2015 compared to last year.

The fact that the smartphone is slowly replacing the computer as the device from which consumers purchase their products and services online is shown by a study [pdf] conducted by KMU Forschung Austria on behalf of retail association Handelsverband.

“For us, the smartphone is a magic wand to more sales and profits! This is impressively demonstrated by our brand new study on consumer behavior in distance selling in 2015”, says Harald Gutschi, spokesman for the Unito/Otto Group and Head of the “Mail order and ecommerce” division of the Austrian trade association. The study surveyed about 2,000 Austrians aged 15 years and older from May 2014 to last April. 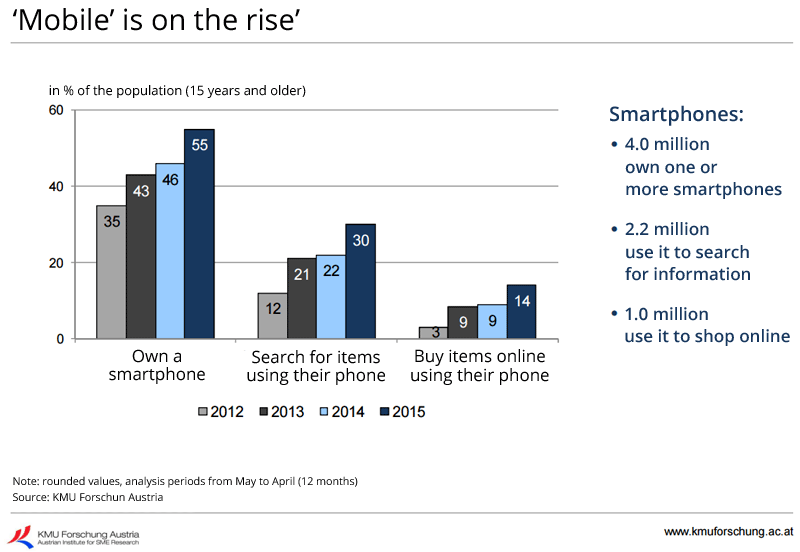 1 million mobile shoppers in Austria
The study shows that during the aforementioned period, 14% of the Austrians have at least once shopped online with their smartphone, while this percentage was 9% last year. So, compared to last year the number of smartphone shoppers has rose by 60% to 1 million Austrians.

But it’s not only the number of mobile shoppers that have increased rapidly, also the expenditure has developed dynamically. With an increase of 40% (or 100 million euros), consumers spent 350 million euros online using their mobile phone this year. Especially the product category consisting of clothing is growing rapidly among mobile shoppers.

The youngest group of buyers (15-29 years) are the pioneers when it comes to shopping online using a smartphone. And the proportion of distance selling expenses in the non-food sector already amounts to about 16%, the study shows. “This means that already one in six euros is spent online, while in the clothing sector it’s one in five, and in the books and electronics sectors it’s even one in three.” 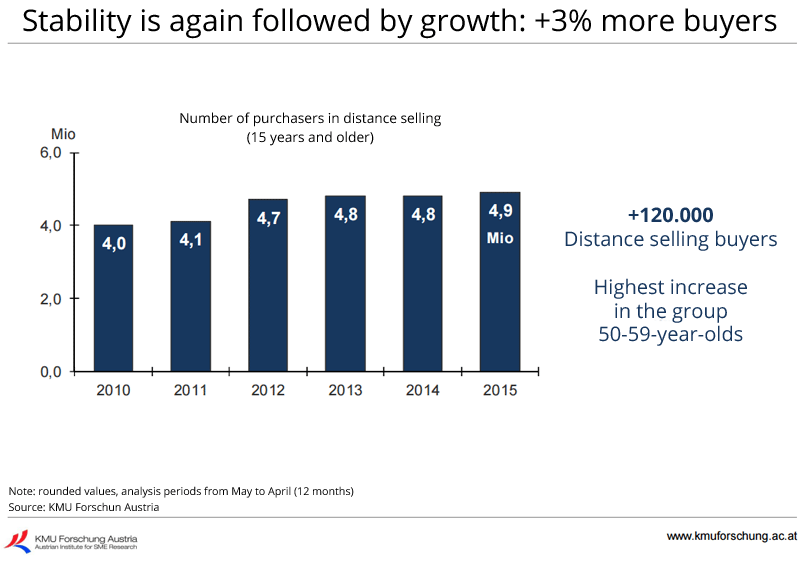