What you need to know when entering the Russian market 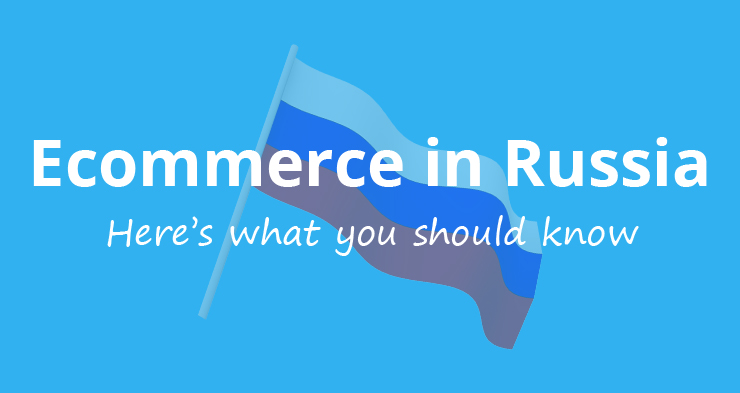 In April, performance-marketing agency Artics Internet Solutions gave a presentation during the forum RIF+KIB 2016. It was about marketing in the cross-border segment. CEO Alexander Simanovsky talked about the specific nature of the Russian market, as well as the things that are most important to consider when launching a product on the Russian market.

Russia is a very interesting and promising market. According to several data, ecommerce in Russia was worth somewhere between 650 and 730 billion rubles, which is currently worth between 8.6 and 9.7 billion euros. If you compare that to let’s say the Netherlands (16.1 billion euros in 2015), it’s not much. But the market is growing steadily and hard. Between 2010 and 2014, the market grew at an average of 40.2 percent per year. Even in 2015, a year of crisis for Russia, the market showed a slight growth of 7 percent (factoring in cross-border commerce). And for 2016, the market is expected to continue to grow.

The most popular product categories in online stores among Russian citizens are Clothing, Footwear & Accessories (57%), Consumer Electronics (39%) and Toys & Hobbies (35%). 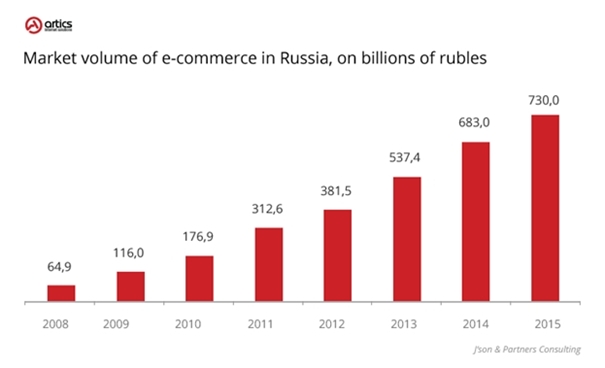 Russia has a high threshold for customs fees

The Russian market differs from the European market in its high threshold for customs fees (€1,000 per month per person), which opens doors for cross-border commerce. The threshold for importing goods into the EU without paying customs fees is set at €22. 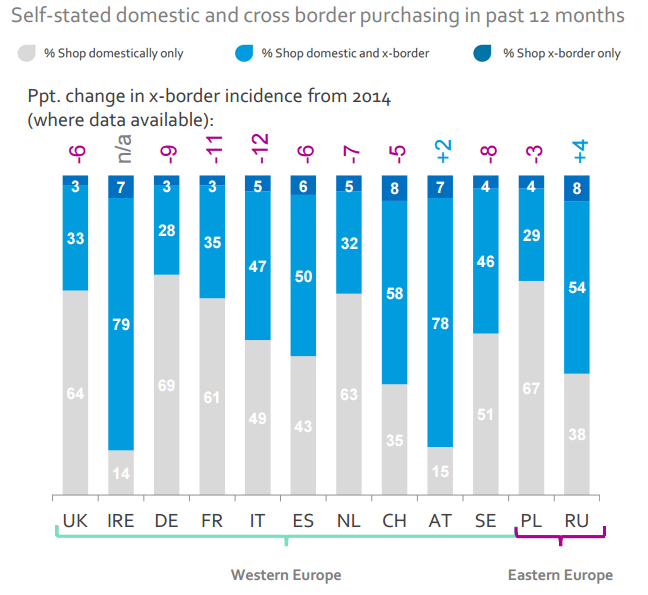 According to Simanovsky there are several things an online retailer should keep in mind when he is entering the Russian market to make sure he has the best possible launch. For example, when you are running ad campaigns the tools (like search engines, social networks, real-time bidding) may look the same, but there are a few key distinctions. The Russian market isn’t about Google, it’s led by Yandex, whose share is currently about 54 percent. And the most popular social network in Russia isn’t Facebook as it is in many other countries, but it’s all about VK (VKontakte), which has an audience of 46.6 million. In fact, Facebook is in third place, as OK.ru (Odnoklassniki) is more popular.

Mobile advertising is lagging behind

“When entering the Russian market we usually recommend using a pre-launch – as  mentioned earlier, the Russian market is very different from those you’ve worked with in the past”, says Simanovsky. “The behavior and preferences of Russian consumers differ from those of European, Asian, and American consumers, which means you need to be extremely attentive and careful and make preliminary test flights. This will enable you to obtain real analysis so you can understand what you will be up against during launch and what you need to do to make your launch as successful as possible. Moreover, a pre-launch will allow you to generate consumer interest, attract more active consumers, and guarantee your first sales immediately after launch”, he explains.

According to Artics Internet Solutions, there are plenty examples of companies who have launched successfully in various markets, but were unable to win the trust and affection of Russian consumers despite their well-planned marketing campaigns. Russian citizens have become choosier, which is partly shown by the fact that 63 percent of people have returned products to stores.

Russians also have become more demanding with regards to the speed and quality of shipping. Whereas they used to expect to wait a month or even more for a product they ordered online, nowadays the situation is gradually changing. “When developing shipping options it is important to make sure the user has the ability to choose between paid shipping with various time frames and free shipping with an average time frame, as well as between delivery via courier and delivery to a pickup point”, the performance-marketing agency suggests. Research has shown that about 60 percent of Russian citizens collect their orders at self-pickup points, 38 percent of which are automated package terminals.

In Europe and the US, almost all transactions in ecommerce are done online. In Russia, 70 percent of consumers prefer to pay via cash on delivery (COD). But the situation is expected to change in the near future. Even now, over 30 percent of transactions are paid via card, although just a few years ago Russian citizens almost never paid using this method. “It is important to provide Russian consumers with convenient payment methods using familiar tools. The leaders in the Russian market are Yandex.Money, Webmoney, Pay-Pal, and Qiwi.”

Another important thing to keep in mind with regards to localization, is the fact that over 80 percent of Russians don’t know a single foreign language. “So if you don’t have Russian localization for your translations and support you will be very likely to lose this portion of the audience.”