Ecommerce in the Netherlands expected to reach €18bn in 2016

April 7, 2016 by Ecommerce News. About Statistics with tags The Netherlands.

These are some of the figures the Ecommerce Foundation shared in its latest report about B2C Ecommerce in the Netherlands. The report gives insight in the Dutch online retail industry and how it performed in 2015. According to Ginio Thuij from market research company GfK, the Dutch ecommerce sector has shown some remarkable growth last year. “Online spending increased by 16.1 percent last year, which is remarkable as it has been less than 10 percent in the preceding years.”

For more info about the Dutch etail landscape, please visit our special page about ecommerce in the Netherlands. 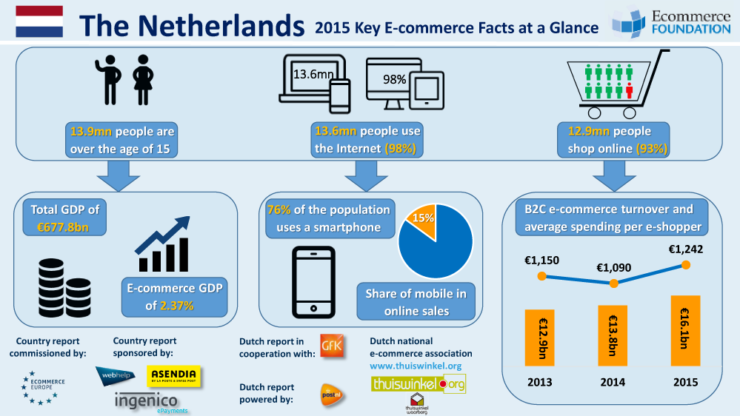