Consumers in Sweden, Norway, Finland and Denmark have purchased goods online worth a total of 17.39 billion euros in 2015. That’s an increase of around 15 percent compared to the year before. Four out of ten Nordic residents bought goods online from foreign websites, spending a total of about 4.3 billion euros across the border.

This was revealed by PostNord, that published its report ‘E-commerce in the Nordics 2016‘. It’s based on online interviews it conducted each quarter of 2015 among private individuals aged 18-79 years.

Buying at foreign online sites from the Nordics
In terms of spending money online at foreign websites, it seems that the United Kingdom, Germany, the United Stated and China were the most popular countries to buy from. “The domestic market’s relative maturity is what drives international commerce. The Swedish range has been good. Finland’s, Norway’s, and Denmark’s domestic alternatives haven’t been as good, which has made local consumers more eager to buy online from foreign retailers”, explains Arne Andersson, Nordic ecommerce specialist at PostNord.

PostNord calculated that in Sweden, consumers spent 6.5 billion euros during 2015, while in Norway they spent 4.4 billion euros. Denmark and Finland follow behind with respectively 3.6 and 2.6 billion euros spent online last year. During an average quarter, 75 percent of the Nordic population (aged 18-79 years) shopped online.

Nordic consumers shop online specifically because they can shop when it suits them, it’s cheaper, there is a larger and better selection, it saves them time and it’s just more convenient. The most popular product categories (based on the number of consumers who’ve bought online in these categories) are clothing & footwear, media, home electronics and health & beauty. 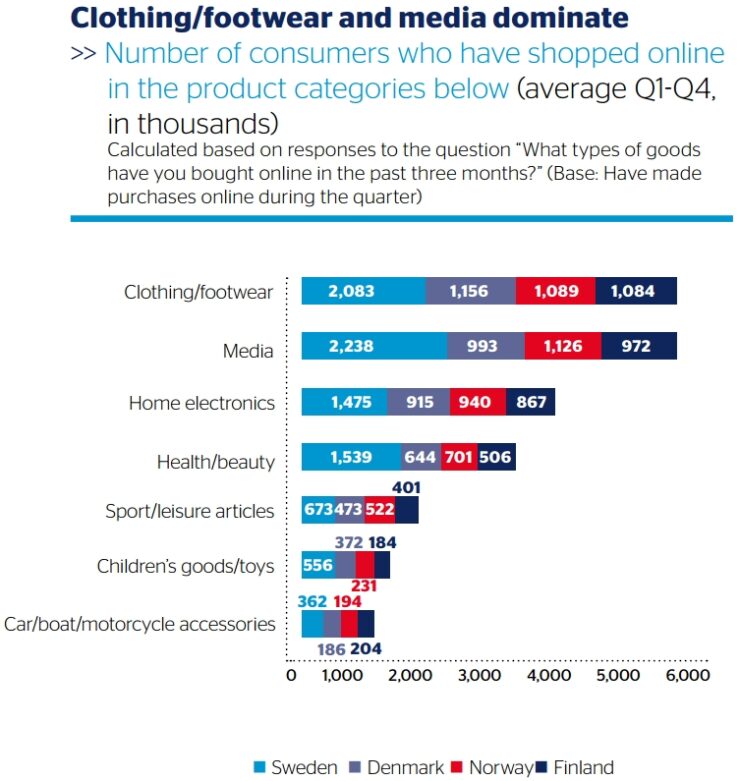 Cross-border ecommerce in the Nordics
In the Nordics, one in four online purchases are cross-border. Consumers in Norway and Sweden spent the largest total amount, while consumers in Norway and Finland were the most eager to make cross-border purchases. In these countries nearly half of everyone that made online purchases reported they also have made international purchases. In Denmark, the corresponding figure is 36 percent and in Sweden, 32 percent.

PostNord emphasizes that while there are many similarities between online shoppers in the Nordics, there are of course also national differences. “For example, Danes have high expectations concerning fast deliveries and value the option to have goods delivered to their workplace, to a parcel machine, or to their home during daytime hours. Swedes and Norwegians prefer to have parcels delivered to their home mailboxes, or to pick them up from partner outlets. Finnish consumers are the most patient among Nordic residents when it comes to delivery times, and prefer to pick their mail items up from partner outlets”, Andersson says. 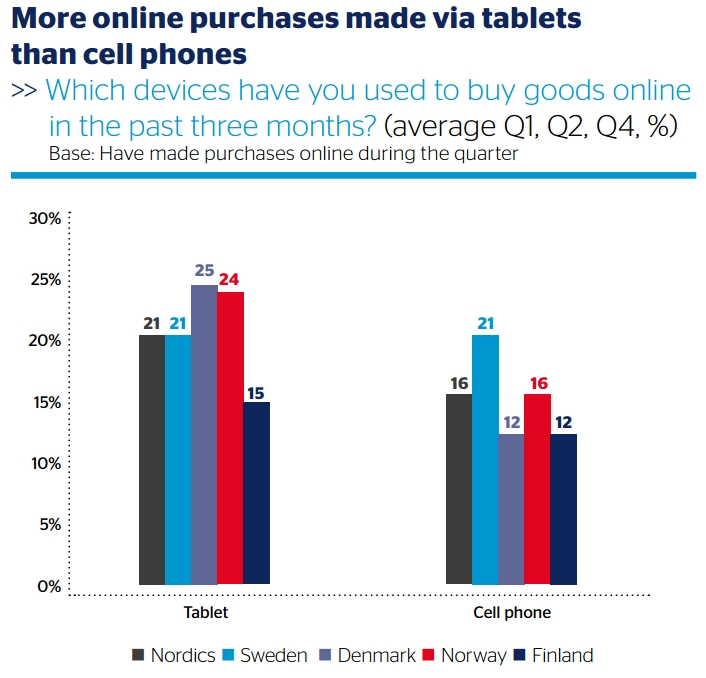 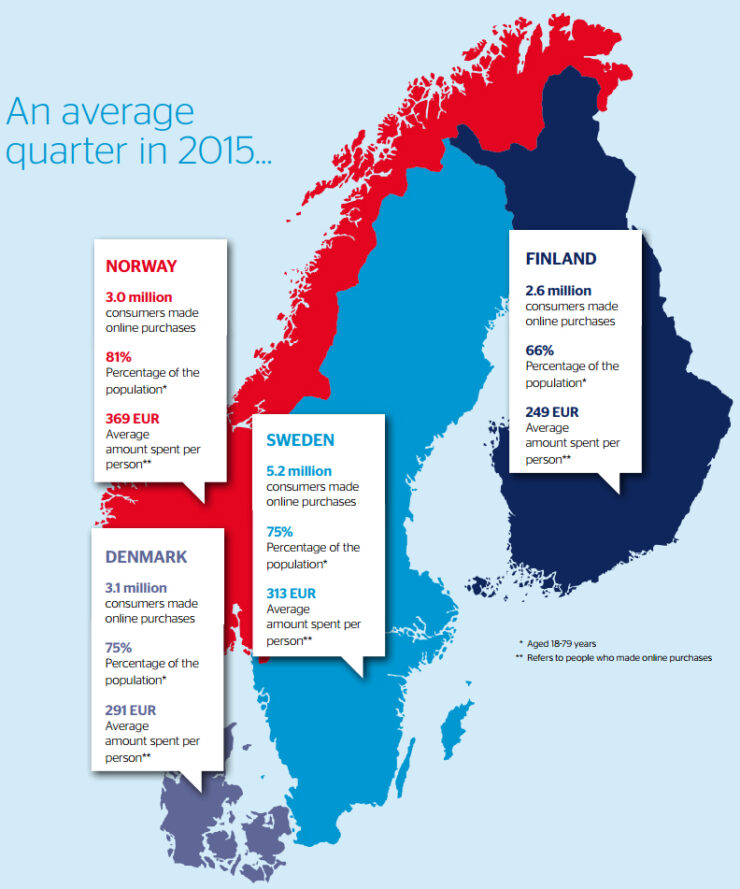