With 66% Finland had the Nordic region’s lowest percentage of online consumers. This is revealed by PostNord’s report called ‘E-handel i Norden Q1 2014’. The postal company also revealed that its ecommerce-related B2C parcel volumes increased by 15 percent during this period.

One of the reason PostNord studies the Nordic ecommerce situation, is because they want to  meet the growing ecommerce market. “That’s why we increase our focus on e-commerce. We will pursue the development of innovative solutions in the Nordic market in terms of the delivery of ecommerce goods. To do this in practice, we need insight into the similarities and differences in the Nordic markets”, says Håkan Ericsson, PostNord President and CEO. 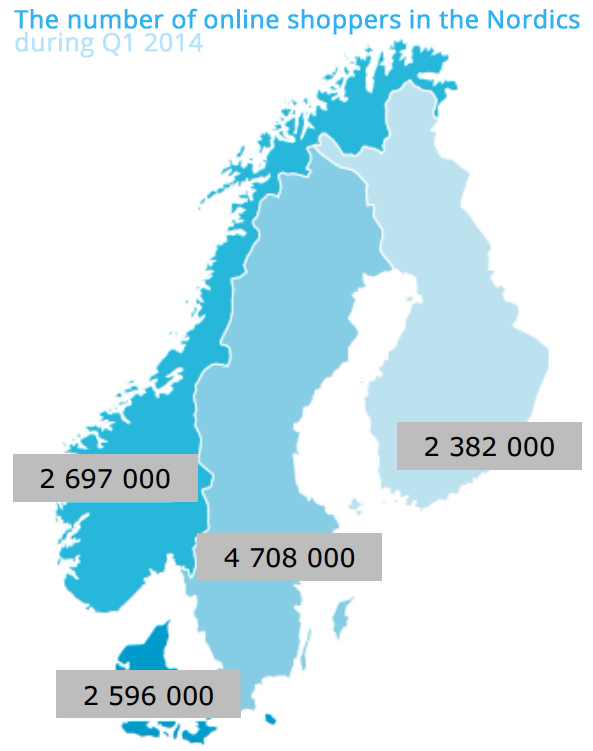 There are also differences between the expectations for delivery time. Danes are willing to wait a maximum of 3,3 days to receive their items, while Finnish online consumers even wants to wait almost five days. And arlier this week we wrote about ecommerce in Sweden saying the Swedes except that the delivery of their items takes no more than 4,3 days.

Clothing, books, home electronics, and cosmetics, skin and hair products were the four most popular product categories during the first quarter of 2014.  And about 1.12 billion euros was generated from ecommerce conducted with sites consumers consider foreign. One in three Nordic-region ecommerce mail items during the first quarter of 2014 came from foreign countries, according to consumer estimates.