One in four Polish e-consumers shop on foreign websites 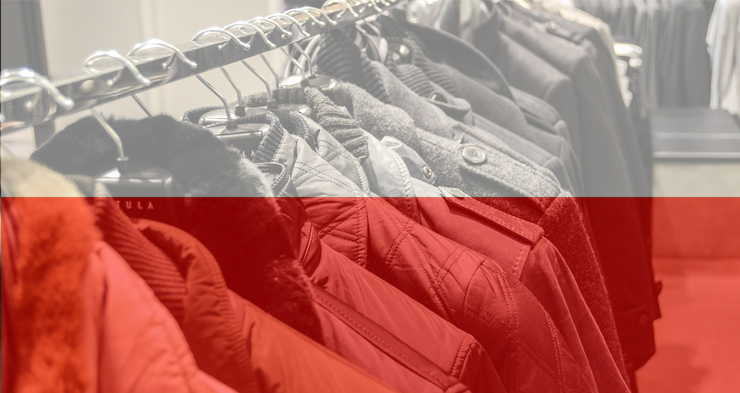 Almost one in eight Polish internet users, and one in four online consumers, shop on foreign websites. And the people who do this, mostly shop cross-border for clothes and accessories. Also media like books, CDs and films and multimedia like apps and e-books are among the most popular products Poles buy on foreign websites.

The results are from the latest report on the Polish ecommerce market, conducted by Gemius. It asked local consuemrs where they had shopped in the last six months. In terms of foreign services and websites, eBay was the most frequently mentioned, with 25 percent of Polish internet users naming this marketplace. Amazon (11 percent) and AliExpress (7 percent) took second and third place.

According to Karolina Karas from the Polish consulting company Polish consumers visit both eBay.com and eBay.pl. “But this service has not conquered the domestic market and poses no threat to the dominent auction platform, Allegro.”

AliExpress
What’s more interesting to her is the popularity of AliExpress, a Chinese B2C ecommerce website. “It allows consumers to purchase items directly in China, often with free delivery to Poland. It’s not only one of the most popular foreign platforms offering online sales, it’s also the second most popular online shop in Poland. It outsells shops like Euro.com.pl and Empik.com, which have been known to Poles for many years”, she says.

Shopping online at foreign sites is in Poland especially popular among people aged 25 to 34, who are higher educated and live in cities with over 200,000 residents. Like said before, Poles like to buy clothes online when they shop at foreign ecommerce sites. “They buy brands which are not available in Poland or clothes that are simply cheaper in foreign online shops”, Karas says. “Meanwhile, with its vast range of e-books, Amazon (among others) has contributed to the high popularity of books, CDs, videos and multimedia ordered over the internet from abroad.” 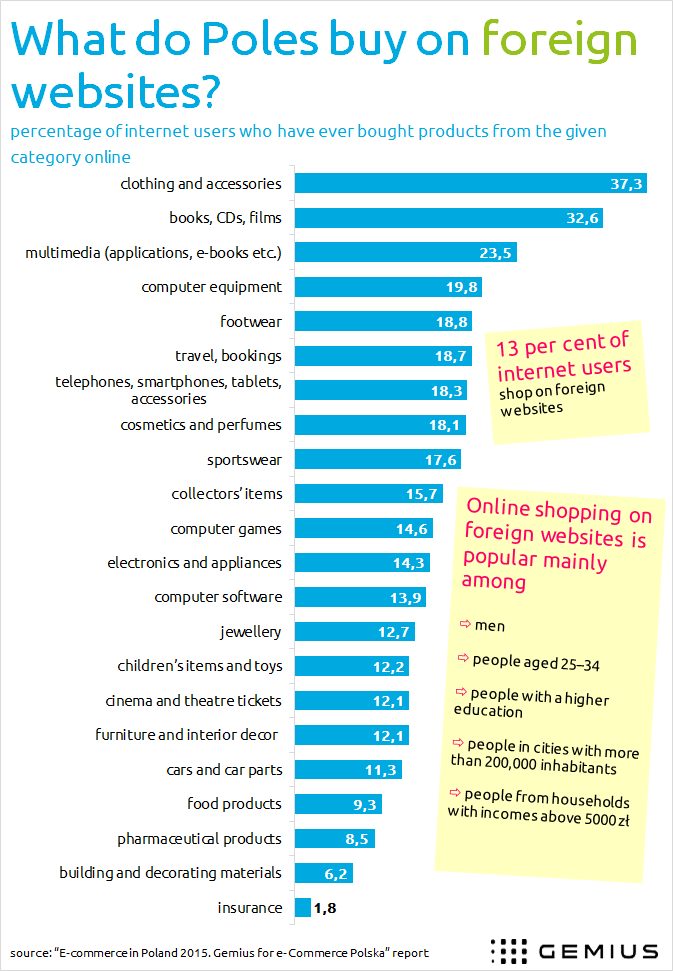