Online is the fastest growing channel in the British grocery market and is now worth almost 10 billion euros. And 29% of more than 1,000 shoppers polled by research agency Shoppercentric said they bought groceries online in the past month. It seems at the moment the online grocery market in the UK is one of few in Europe that has some serious legitimacy.

At the beginning of this month British online grocer Ocado announced customers were up 10% and sales were up almost 16%. The company is now set to make its first annual pre-tax profit since its launch 14 years ago. 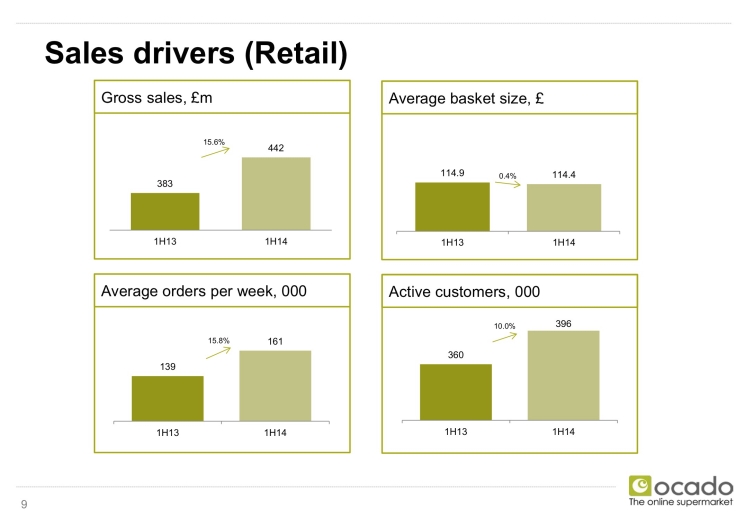 And Ocado is definitely not the only player in the online grocery business who forecasts some nice growth in the upcoming years. The UK online grocery market is now worth 9.7 billion euros, according to data from IGD, and is expected to more than double over the next five years. Online will account for 8% of the grocery market in five years, the industry group predicts.

The aforementioned 29% of British grocery shoppers who claimed to have order some of their food and groceries online in June is the highest level to date. And what’s even more interesting is that 10% (compared to 7% in 2010) of shoppers claim to buy most of their grocery shopping online. “This also means that over a third of claimed online grocery shoppers are using the channel for the majority of their shopping”.

47% wants to shop groceries online
This boost in online grocery sales in the UK happens because of various reasons. Morrisons, for example, began online deliveries in several regions across the country, while other supermarkets have enhanced their websites. It’s no surprise almost half (47%) of all main grocery shoppers have said they would like to use the online channel for their grocery shopping in the next two to three years!

And as we published earlier this month, the Brits love to click and collect, a trend that of course goes hand-in-hand with online grocery shopping.