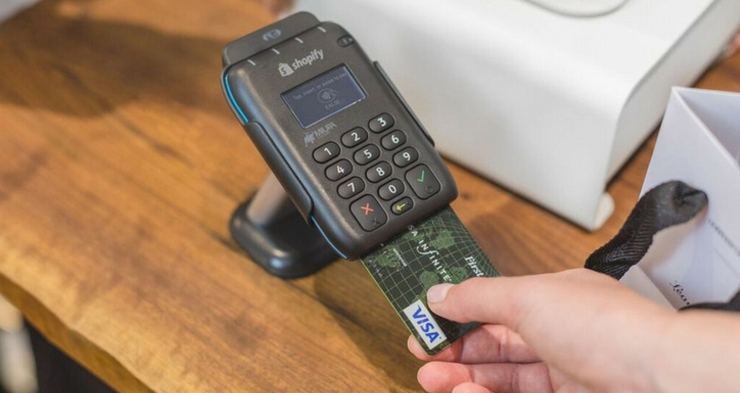 Shopify launches card reader and POS app in the UK

Shopify has launched its Shopify POS app and card reader for merchants in the United Kingdom. With the reader, retailers can accept contactless and traditional card-based payments, while the app works together with the reader device on an iPhone or iPad.

By using the combination of Shopify’s app and reader, sellers in the United Kingdom can now accept several payment options not only in stores, but also at festivals, in pop-up shops or at the customer’s door. And if an retailer has an online store powered by Shopify, they can also tie the in-store shopping experience to the ecommerce website.

Costs of Shopify’s reader and app

Retailers who want to accept payments with Shopify need to pay £59 (€69) for the card reader, which also supports Android Pay and Apple Pay. This device is currently on pre-order, but there’s also a discount of £20 for a limited time. The app can be downloaded for free and uses credit card rates that start at 1.6 percent with no per purchase fee.