February 5, 2016 by Ecommerce News. About Statistics with tags The United Kingdom. 49854 views. 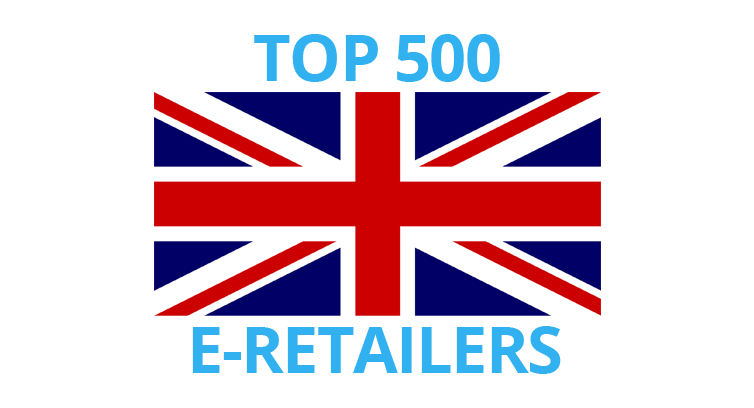 Internet Retailing published its UK Top500 list, which consists of the top retailers in the UK’s ecommerce and multichannel retail industry. Amazon, Argos, Boots, House of Fraser, John Lewis, Mothercare and Screwfix are the top names of this extensive list.

Internet Retailing already had its Top 500 for American companies and a top 500 list for European companies, but the UK version is now in its second edition. It excluded marketplaces, companies where ecommerce is ancillary to the primary purpose of a business and B2B and direct-selling brands.

Amazon, Argos, Boots, House of Fraser, John Lewis, Mothercare and Screwfix have been judged so called Elite retailers in this year’s UK Top500. “These retailers lead in the world’s most dynamic ecommerce market”, said Editor-in-Chief Ian Jindal. “These are the companies that the industry will watch in order to learn what works in 21st-century retail.” Among the so called Leading retailers are Asos, eBay, Halfords, Marks & Spencer, Sainsbury’s, Tesco and Topshop.

5.3 billion pounds
Internet Retailing found some interesting finds about the UK ecommerce industry. For example, the size and turnover of the top 500 retailers varies between £500,000 and £43 billion, of which ecommerce spans between £500,000 and £5.3 billion (13%). And the number of the top 100 retailers offering Sunday and nominated-time delivery has doubled in the past year. And 23 percent of top 500 retailers have a transactional app, while 20 percent have native apps. And if one might think that in the UK Amazon is king with regards to low prices: half of the largest 50 retailers are selling their most popular products at a lower price than Amazon.

It also concluded a modern retailer in 2016 has higher standards than a year ago. More than three quarters of the top retailers offered next day delivery in 2015, while 7 percent is a new adopter. Also, 29 percent let consumers choose a date for their order to be delivered, with 62 percent still not offering this option.

Later this year, Internet Retailing will publish the IREU Top 500, which ranks the leading cross-channel and ecommerce retailers across Europe.