Shopping online across national borders is getting more and more popular amongst internet users. The United States, Hong, Kong, Canada, Australia, China and Germany will see a combined total of $105 billion in cross-border online shopping this year and in the next five years it should almost triple to $307 billion.

According to a new Nielsen research (commissioned by PayPal) called ‘Modern Spice Routes‘, these six countries are the most popular overseas online shopping destinations. A little more than one in three cross-border shoppers across the six surveyed markets purchased from the United Kingdom in the past twelve months. One in seven shoppers purchased something from Germany last year. Especially products like clothes, shoes, health & beauty products and personal electronics are very popular items to purchase online via an overseas country.

The main reason for buying online from overseas is ‘to save money’ (said by 80% of the respondents), followed by ‘more variety that cannot be found locally’ (said by 79%). 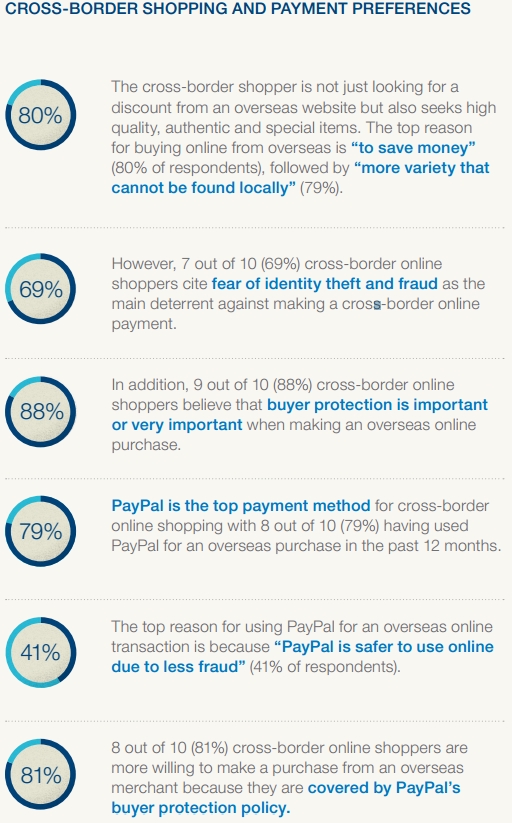