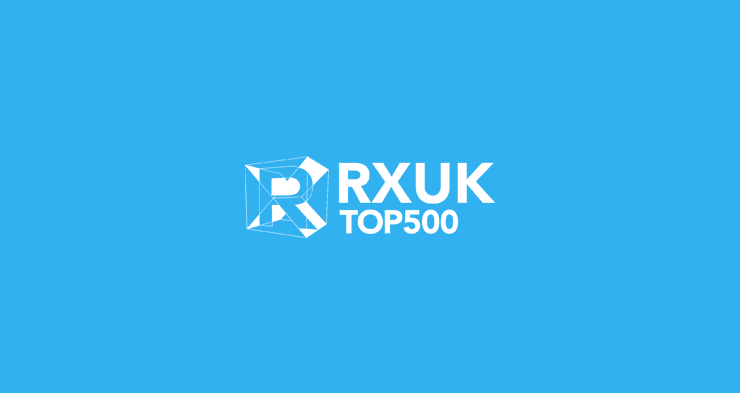 Which online and multichannel retailers are leading the way in the United Kingdom? Every year, Internet Retailing publishes the UK Top500, which features the best-performing online shops in the UK.

It’s the sixth year that Internet Retailing publishes the RetailX Top500. The list focuses on both retail brands and consumer brands selling directly to the public. It’s no traditional ranking with a top 500 arranged by online sales. It’s based more on a different set of metrics, like revenues, store networks, web traffic, merchandising, brand engagement and more.

This performance-based index has ranked the top 500 ecommerce companies in statistically similar groups, with the so-called Elite retailers having performed at an “exceptional level” across all dimensions. This year, they are Amazon, Argos, Dunelm, John Lewis, Marks & Spencer and Next. Of these six players, Amazon is the only one that has been ranked Elite in all six of the reports published to date.

Retailers in the UK that have performed at an “exceptional level”:

According to RetailX, these are the Leading retailers:

The report has analyzed all 500 retailers and found out that about 40 percent of them sell clothing and fashion accessories. Homeware is sold by 20 percent, while jewelry is sold by 80 retailers from this list.

7 out of 500 top retailers operate marketplaces

Salesforce and Magento most popular software 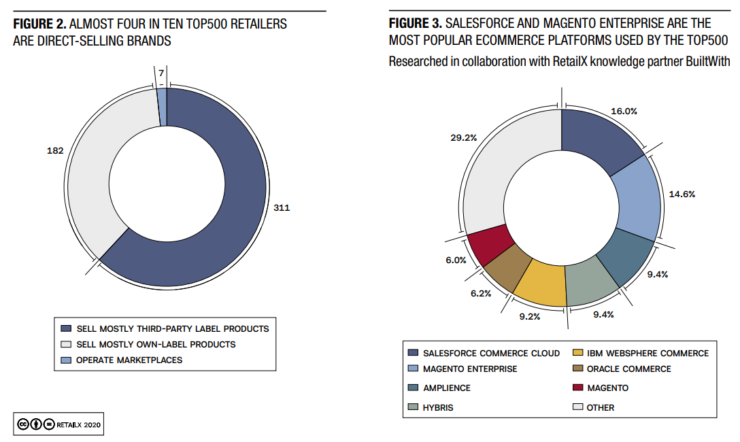