July 6, 2017 by Ecommerce News. About Logistics with tags Europe, The United Kingdom. 7383 views.

Parcel companies could improve the efficiency of their delivery by 30 percent if they use What3words, the UK startup claims. With What3words, you don’t refer to addresses the usual way (“Main Street 1”), but by pinpointing exact delivery locations using a unique combination of three different words.

What3words, which won the Game Changer and Rising Star awards at the ecommerce event Deliver last year, spoke to delegates at the recent Deliver #2 conference in Berlin. It revealed that its system has been adopted by seven national postal services since the event of last year.

In a recent test in London, on-demand delivery company Quiqup was able to take 30 percent off their delivery time when they used the 3 word addresses. And in the Caribbean island of Sint Maarten, global fast-food giant Dominos has also tested this system. 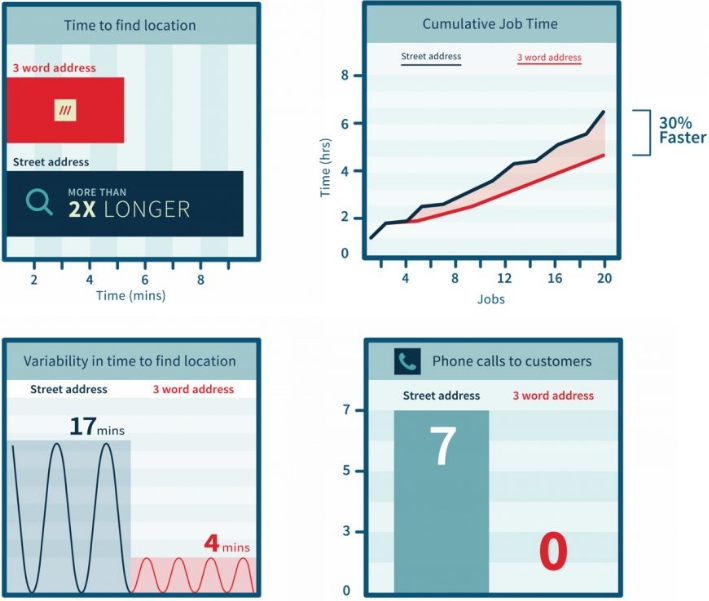 What3words was founded in the UK in 2013. It’s an addressing system that has divided the world into 57 trillion squares of 3 by 3 meters, each with a unique address that consists of three words (ours for example is ‘mankind.expert.inch’). This means everyone and everywhere has a simple and accurate address that’s easy to remember and to use. The system is currently available in 14 different languages and used in over 180 countries by governments, postal services, logistics companies, emergency services and NGOS as well as individuals.