Zalando will build a fourth fulfillment center in Germany

German fashion retailer Zalando will start the construction of its fourth fulfillment center in Germany in October. The self-operating logistics center will be 130,000 square meters big and allows the ecommerce company to serve customers in Southern Germany, Switzerland and France even faster.

Zalando says [pdf] test operations for the new location are planned for as early as autumn next year. About 1,000 new jobs will be created due to the new site in the Upper Rhine region. “Customers are in the core of our work and we invest in numerous measures to further drive their satisfaction. Zalando Logistics plays a central role as one of our main competencies in our future development”, said David Schroeder, Senior Vice President Operations at Zalando.

The new logistics center will be built in Lahr, near the French city of Strasbourg. According to Schroeder, the company’s decision was based on a reliable cooperation with the state of Baden-Württemberg, the municipal development company IGZ and the city of Lahr. But of course, also the city’s geographical location and infrastructure influenced their decision.

For this new fulfillment center, Zalando will work again with logistics property group Goodman. But this time, it will not be built on a greenfield site, but will see the conversion of a 180,000 square meter former military area. 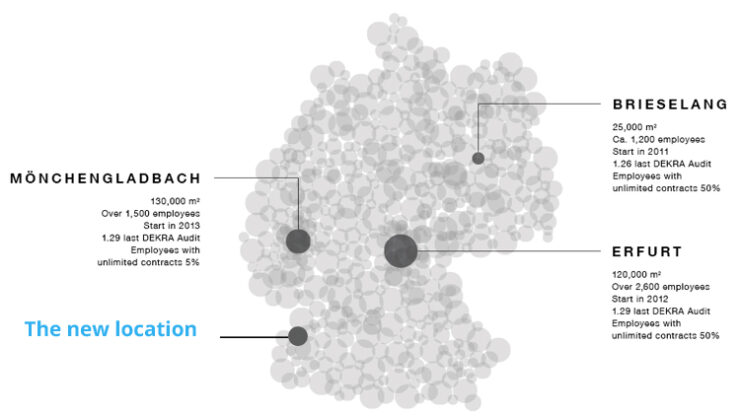