7 December is the busiest shopping day in Europe 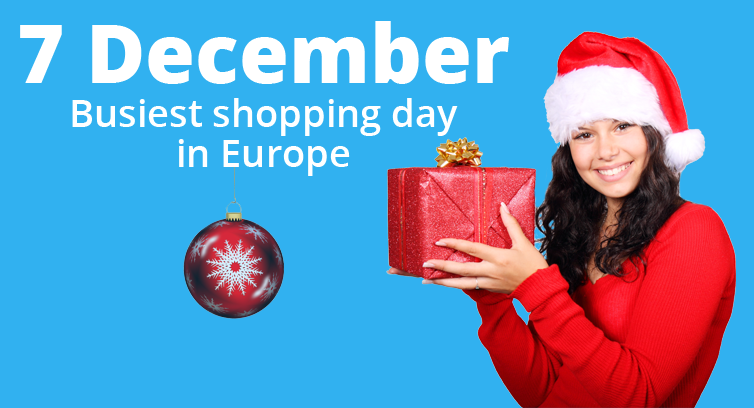 While most consumers in the US will spend a lot of money on Cyber Monday (30 November), in Europe the absolute peak in online holiday shopping will take place on 7 December. Expectations are consumers in Europe will spend as much on holiday gifts in November and December as they did last year.

This stems from the Digital Index Online Shopping Prediction 2015 by Adobe. It analyzed 55 million online orders and data from 4,500 retail websites during the last seven years. Based on this information, every year Adobe predicts the online spending during Thanksgiving Day, Cyber Monday and other holidays in the United States, Europe and Asia.

60% of Germans shop Christmas gifts online
Online and mobile spending will be about the same as it was last year. The research predicts that European consumers will spend as much during the last two months of the year as they did in 2014. In Germany it’s expected 60 percent of all holiday purchases are done online, compared to 57 percent in the United Kingdom and 53 percent in France. For European consumers, low prices and great deals are the main reasons to shop online, while a variety of products is also increasingly playing a role. More than half of German respondents indicated that product diversity is the main reason for shopping online.

‘Retailers need to get in touch with consumers’
“Consumers are not only looking for the best price, they are increasingly seeking out product reviews and information on social media when they are researching a product they want”, says Mark Zablan, President of Adobe EMEA. “This is an important conclusion for European retailers. They need to look for opportunities to get in touch with consumers at various stages in the customer journey, to persuade them into purchasing with them. Social media is an important channel to achieve this.”

Adobe thinks the share of consumers who do their Christmas shopping  on a mobile device will be about the same as it was last year. In Northern Europe there are the most mobile consumers: Norwegian (25 percent), British (23 percent) and Swedish (22 percent) consumers will probably spend more via mobile devices than consumers from the United States (20 percent).

The study also shows that the period during which consumers shop their holiday presents is changing. In Germany, for example, consumers are shopping their gifts earlier than they were used to. Almost one in four respondents (22 percent) starts shopping before it’s even November. In the UK this percentage is 28 percent, but there are now more people who say they start shopping for gifts in the second half of November. 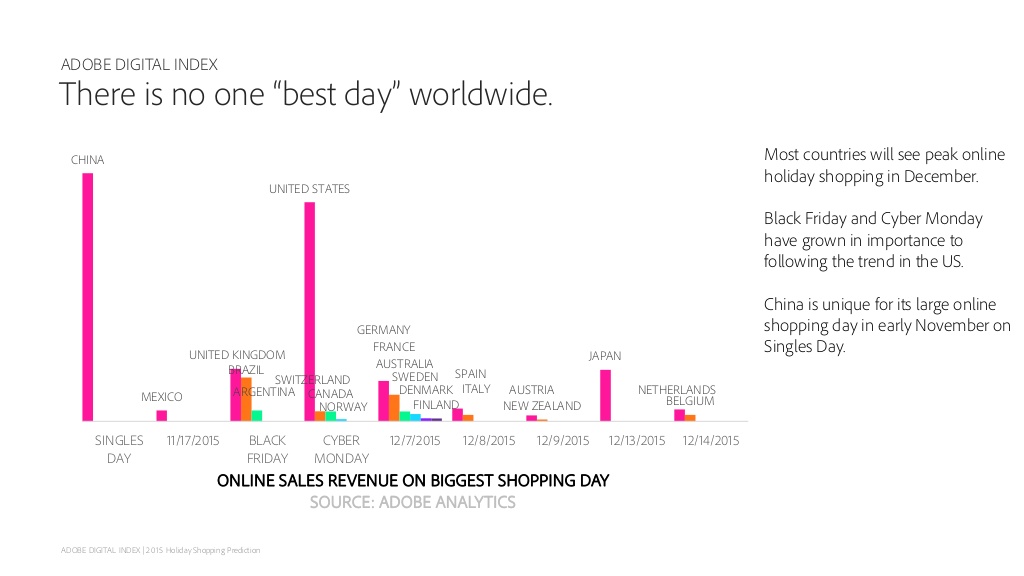 The Adobe report shows that consumers in Europe spend, on average, less (€9.14) during their most busy shopping day than their American counterparts (€10.08) do on Cyber Monday. Most money will be spent in Switzerland, where consumers will spend €17.66 per person on 30 November. 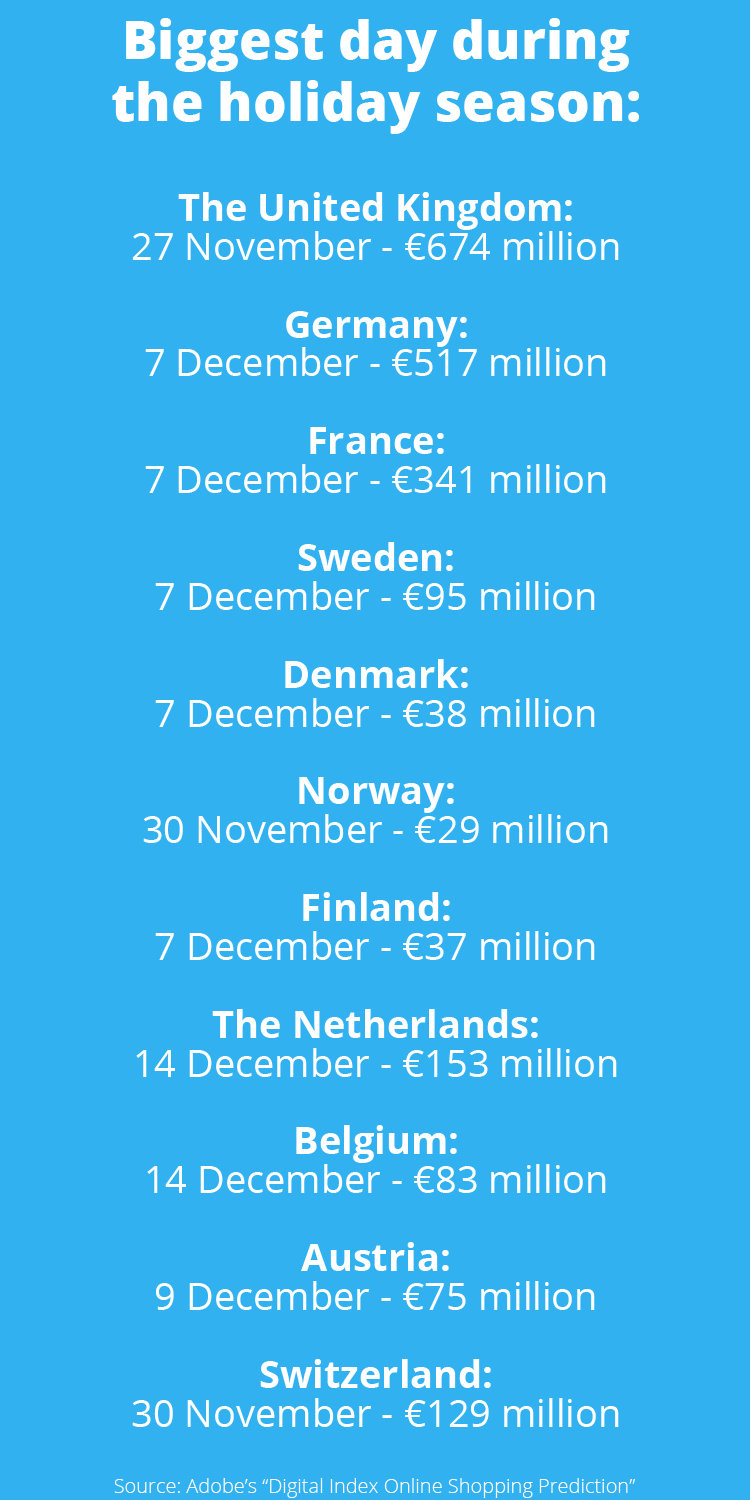