Amazon Prime users in France are now able to place 1-click orders on tens of millions of products that ship with Prime. The US ecommerce company has launched virtual Dash buttons in France, two years after the physical Dash buttons were announced.

In November of 2016, after launching Dash buttons in the UK, Germany and Austria, Amazon started selling the buttons in France. Now, two and a half years later, it also launched the virtual ones in this country.

The virtual Dash buttons allow Amazon Prime subscribers to buy millions of products with just one simple click. In one or two working days, customers will have toilet paper, laundry detergent or facial cream in stock again.

How to add virtual Dash buttons

Each virtual button is linked to a specific product of a connected brand. The user can add Dash buttons for items he or she buys regularly by clicking on the product details page and selecting the “Add to my virtual Dash button” option. Each of these shortcuts is then accessible from Amazon France’s homepage, as well as in the “my Dash buttons” section on the website or in the mobile app. 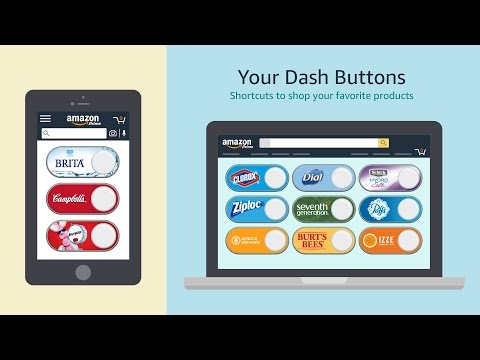