Here on Ecommerce News Europe, we’ve written about several of these companies, which are sometimes also called FBA acquirers. In November 2020 for example, both Heroes and Razor raised tens of millions of euros (respectively 55 million and 25 million euros) to acquire and scale Amazon brands. In 2021, the US-based company Thrasio expanded its budget to grow across Europe, Berlin Brands Group invested 250 million euros, and FBA acquirer Branded raised 124 million euros.

How the business model works

How do these acquirers of Amazon third-party FBA brands, also known as FBA acquirers, work exactly? Well, it’s pretty simple. Most of these companies operate through buyouts. They buy the Amazon account and the intellectual property from a seller that has been proven to be successful on Amazon’s marketplaces. In some cases, the acquirer offers a revenue-share model, while in other cases the original seller completely exits the company.

Then the acquisition company takes on the acquired Amazon brand and make it its own by appending some changes. It puts each product through a compliance check, so it won’t get in trouble later. And most of the time, the products will be sold for lower prices than before. That’s possible, because these acquisition companies have the resources to buy in bulk and make better contracts with manufacturers. Some acquisition companies also changes the product’s appearance on Amazon, by shooting new product photos, rewriting the listing or even redesigning the packaging.

How to get acquired 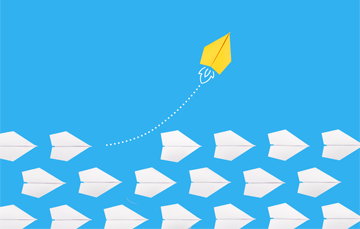 Fortia Group was founded in March 2020 and is located in Dublin. The company acquires and grows European ecommerce brands. Its focus is clearly not solely on Amazon brands, but on brands selling on any marketplace in Europe, e.g. Allegro, Bol.com, Otto and more, or brands selling direct-to-consumer. Fortia’s goal is to acquire and scale 100 brands by the end of 2024.